Home Statements Torture Must not be Condoned! Investigate and Punish Offenders and Ratify UNCAT! 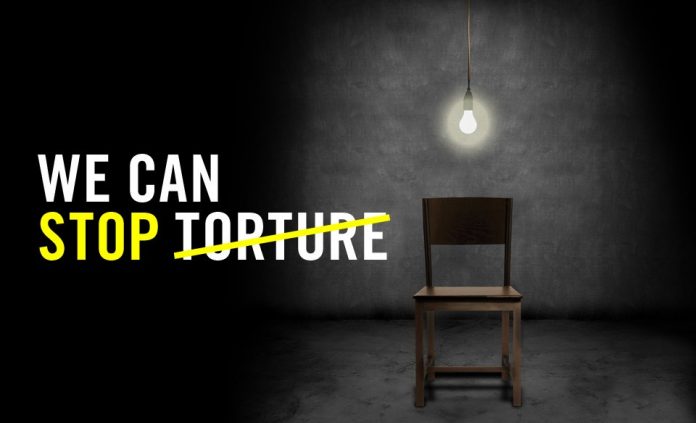 Between the countless death in police custody recorded over the years and the accounts provided by former Internal Security Act 1960 (ISA) detainees, the use of torture by enforcement agency in Malaysia is a known secret. The similarity between the treatment experienced by SOSMA detainees and the former ISA detainees suggests that the use of torture is not only systemic but endemic in cases of detention without trial

Torture Must not be Condoned! Investigate and Punish Offenders and Ratify UNCAT!

SUARAM strongly condemns all form of torture and other cruel, inhumane and degrading treatment in Malaysia.

Between the countless death in police custody recorded over the years and the accounts provided by former Internal Security Act 1960 (ISA) detainees, the use of torture by enforcement agency in Malaysia is a known secret. The similarity between the treatment experienced by SOSMA detainees and the former ISA detainees suggests that the use of torture is not only systemic but endemic in cases of detention without trial!

Based on the allegations and reports received by SUARAM, detainees have been subjected to the following acts:

Recalling the moral and legal obligations of the Government of Malaysia under international law and human rights declaration that Malaysia is a party to, SUARAM remind the Government of Malaysia and all related agencies to fulfil its obligations under Article 5 of the Universal Declaration of Human Rights, Article 14 of the ASEAN Human Rights Declaration and recommendation 146.125 and 146.127 of the Malaysia’s 2nd Universal Periodic Review.

For justice to be done for the victims of torture and to prevent further use of torture in Malaysia, SUARAM calls on the Enforcement Agency Integrity Commission (EAIC) to conduct immediate investigations into the allegations made by SOSMA detainees and review the standard operating procedure of the Royal Malaysian Police on use of torture.

SUARAM also call upon all enforcement agencies uphold its legal and moral obligations to the people of Malaysia and issue a clear and firm statement condemning the use of torture and take positive and proactive steps in investigating the allegations made and punish those that are guilty of torturing others.

Further, prevention of torture cannot be achieved without political will. On this note, SUARAM calls on all political parties to adopt a stance against the use of torture and push for the ratification of the United Nations Convention against Torture and Other Cruel, Inhuman or Degrading Treatment or Punishment (UNCAT)!

Last but not least, the security laws that provides detention without trial which creates a platform for secretive and opaque ‘questioning sessions’ that is seemingly rife with torture cannot be allowed to continue unabated and must be put to an end immediately!