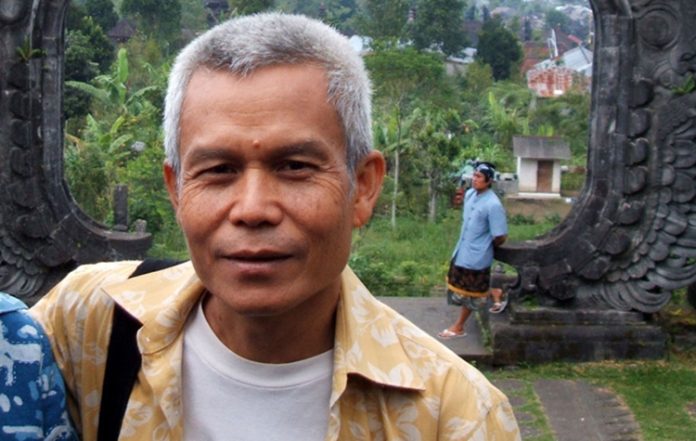 ‘Three years since the disappearance of leading Lao civil society activist Sombath Somphone, authorities in the Lao People’s Democratic Republic have failed to initiate a credible investigation to determine his whereabouts and the truth around his enforced disappearance,’ the Asian Forum for Human Rights and Development (FORUM-ASIA) said today.

Sombath was last seen on the evening of 15 December 2012 in Vientiane. Closed-circuit television (CCTV) footage showed that police stopped Sombath’s car at a check post. Within minutes after being stopped, unknown individuals forced him into another vehicle and drove away. Analysis of the CCTV footage shows that Sombath was taken away in the presence of police officers.

New CCTV footage released by Sombath’s family on 14 December was offered to Lao investigators, but they have declined to use it.

“The new CCTV videos show the distinctive jeep of Sombath Somphone initially being driven away from the checkpoint by an unknown person in a direction heading out of Vientiane city – as previously shown in the police CCTV footage that was revealed within days after the disappearance. However, under a minute later, the CCTV footage reveals that the jeep was driven back towards the city center. To date, the jeep has not been found. The newly revealed CCTV video was offered to Lao police investigators but they declined to even accept it, much less view or investigate it further,” said a release from the Sombath Initiative, a group working to advocate resolution of Sombath Somphone’s disappearance.

As a partner of the Sombath Initiative, FORUM-ASIA has been campaigning, along with several other organisations and individuals, to demand Lao authorities furnish the truth in his disappearance.

Sombath pushed tirelessly for the expansion of the civil society space, and realisation of the rights of the rural poor and young people to have a voice in the development of Lao society. Shortly before his disappearance, Sombath played a key role in organising the Asia-Europe People’s Forum (AEPF), a civil society forum that preceded the official Asia-Europe Summit (ASEM) meeting. He was also invited to present a key note address at the opening ceremony on 16 October 2012. At this forum there were open discussions for the first time on land and water issues, and poorly regulated foreign direct investments (FDI) which threatened people’s livelihoods.

‘News of Sombath’s enforced disappearance was heart-breaking for civil society members in Laos and across Asia. However, the lack of progress in finding the truth around his disappearance 3 years to the day only goes to show the apathy of the Government and the culture of impunity that prevails in Laos,’ said Evelyn Balais-Serrano, Executive Director of FORUM-ASIA. ‘The Lao authorities should use the newly found video footage to launch a credible, impartial, and independent investigation. Only swift investigations and justice will help start a process to restore people’s faith in the country’s security and justice systems.’

As Laos takes over as the chair of the Association of Southeast Asian Nations (ASEAN) in 2016, authorities should be aware that there will be a renewed spotlight on all issues in the country. Already the ASEAN People’s Forum – a civil society space – has announced its inability to host its meeting in Laos, ostensibly due to fears for the safety of Lao civil society members following the extensive crackdown on freedom of expression and peaceful assembly, and specific fears after Sombath’s enforced disappearance.

‘ASEAN member states and the ASEAN Intergovernmental Commission on Human Rights (AICHR) have a moral responsibility in working with Laos to expedite investigations and establish the truth,’ said Evelyn Balais-Serrano.