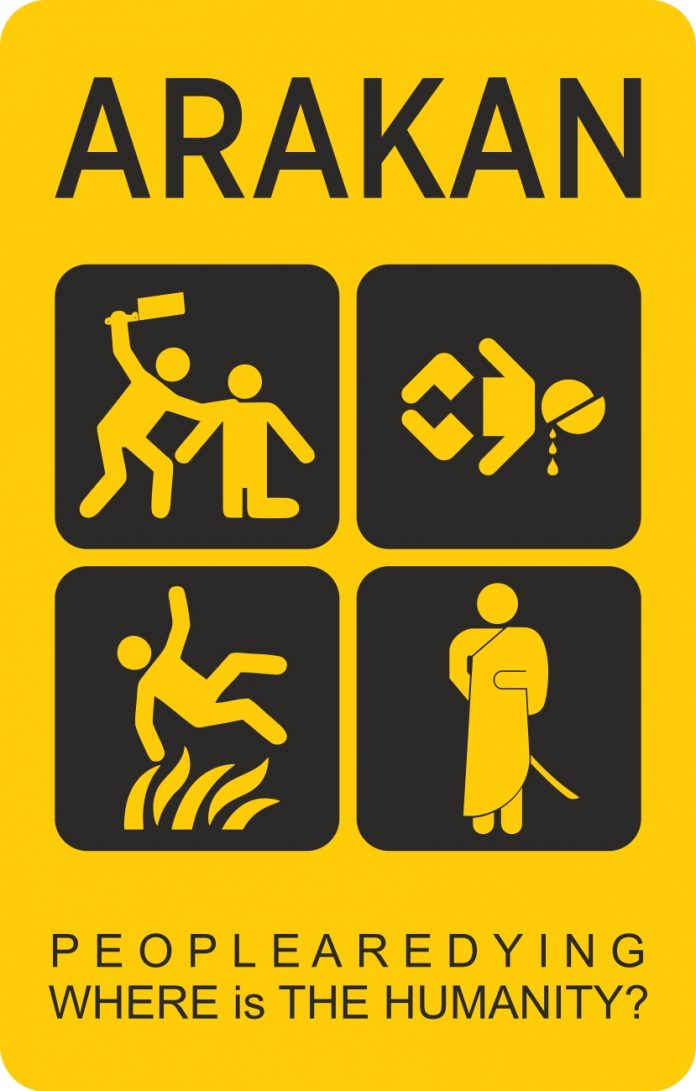 We the undersigned Rohingya organizations strongly condemn the killing of a 25 year old Rohingya youth namely Maung Maung on 7 December by Border Guard Police (BGP) while he was returning home.

We the undersigned Rohingya organizations strongly condemn the killing of a 25 year old Rohingya youth namely Maung Maung on 7 December by Border Guard Police (BGP) while he was returning home.

On the fateful day, while Maung Maung was travelling from Maungdaw to Buthidaung after buying foodstuff for his family, all of a sudden, their passenger car was stopped by a team of BGP at Pawan Chaung Na Ta La village (Rakhine settler village) and demanded money from the Buddhist Rakhine driver of the car. When the driver refused to pay one of the BGP shot at the head of the Maung Maung who succumbed to his bullet injury at Maungdaw hospital at 4:00 AM on 8 December.

It is noteworthy that, despite 8 November parliamentary elections in Burma/Myanmar, the killing of Rohingyas by government security forces and state patronized Buddhist Rakhine extremists still continues.

Since June, 2012 the deadly violence in Arakan has claimed many Muslim lives, left over 160,000 of them homeless, with hundreds more detained, unknown numbers wounded and tortured. “The Burmese government is NOT only failing to protect its Muslim Rohingya population” but has also been the primary force behind the systematic persecution of them. Evidently the government’s apparatus with police, army and security forces are directly involved in the killing and raping of them, torching and destruction of their villages and properties.

Last month, International State Crime Initiative Report from Queen Mary University, Al Jazeera’s Genocide Agenda Report, a Legal Analysis by the Lowenstein International Human Rights Clinic at Yale Law School, and the Fortify Rights found ‘strong evidence’ that genocide is being committed against the ethnic Rohingya of Burma. They called for a UN Commission of Inquiry into the human rights situation in Rakhine/Arakan State, where most Rohingya in Burma live.

While expressing our serious concern on the recent killings, we reiterate that human rights violations and atrocity crimes or crimes of genocide committed against Rohingya cannot be termed as internal affairs of Burma/Myanmar and urge upon the international community to protect the defenseless Rohingya people in the absence of national protection or domestic remedies.

It is important that international community have to take effective collective action in time to protect the Muslim Rohingya people in Arakan, in accordance with the Charter of the United Nations. Or otherwise this unprotected minority community will be wiped out.

In view of the above, we call on the international community, UN, OIC, EU, ASEAN, UK, US and her western allies and Burma’s neighbors for the followings: