Home Statements Celebrating 52 Years of Unity and Diversity: Moving Forward with Our National Identity and Heritage 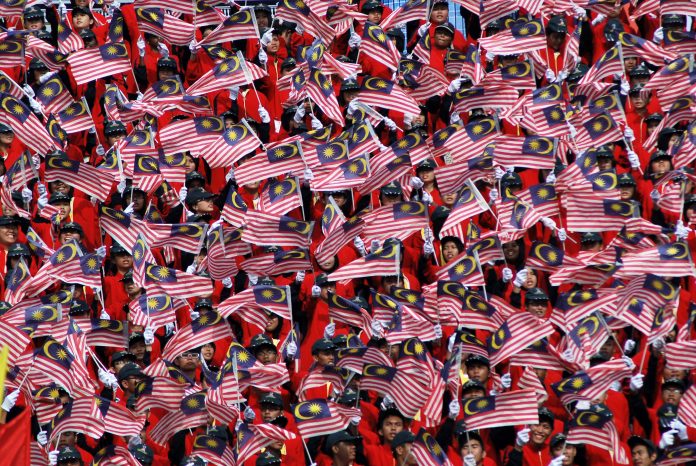 SUARAM would like to wish all Malaysian a happy Malaysia Day 2015. On this momentous occasion, we would also like to express our hopes and desire for a better and brighter Malaysia and pray that we can look back on the 16th September 2016 with a smile. On this day, we would like to embrace the idea that hopefully signify Malaysia day for everyone. To this end, it is no longer me and you; there cannot be an imaginary line segregating us all. It can, and it must only be us together as Malaysians.

Since our independence, cultural diversity has always been a hallmark of Malaysia. In our golden days, we embrace this diversity and showcase it to the world with pride and joy. In recent times, we are plagued with intolerance and hatred spread by our peers in Malaysia. While we do not subscribe to such extremists ideologies, the threat of violence we put out threaten to consume us all as the haze that permeates our cities.

The stance of drawing boundaries along racial and ethnic line posed by our leaders in these trying times are unfortunately leading to further tension among racial and ethnic lines. While we understand that it is of insurmountably difficult to accept that Malaysia have grown beyond the race politics that dominated our early years under British colonial rule, we implore our leaders to embrace the ideals of a colour-blind Malaysian that serve as the foundation of our beautiful country.

More often than not, it is impossible for us to embrace our diversity without adequate means for us to voice out our difference viewpoints perspective. Such issues are not necessarily localized to Malaysia. The creation of the Rabat Plan of Action shows us that the world faces similar problems. As Malaysians, we should not only passively take lesson from the Rabat Plan of Action; we should take an active role to develop policies which would safeguard our diversity without compromising on our freedom of expression, freedom of religion and other rights provided for by our Federal Constitution.

Some of us may ask, ‘Does the freedom of expression we seek justifiable in light of the harm it may have on peace and security?’ We cannot deny that limitless freedom would be unworkable. However, we have learned from our own history and those of our international peers to know that suppressing and limiting our freedom cannot be the way forward.

Without freedom of expression and freedom AFTER expression, we Malaysians would not be able to adequately express our hopes and dreams. The recent deportation of Al-Jazeera journalist Mary Ann Jolley showed the world how intolerant we have become when it comes to criticism against those in power. While unsubstantiated and irresponsible reports should be dealt with according to the law, media freedom should but permitted as far as feasible. We must remember that the media holds the key to knowledge and information for us all, it would be exceedingly foolish to send the key holders away beyond our reach and leave ourselves forevermore in the dark.

The control on freedom of expression does not only apply on journalists, politicians and activists. In recent days, we have seemingly slipped into the chasm of insanity when it comes to our zealous action in silencing ourselves. The recent arrests and investigation of sedition against those at Rumah Api for the event ‘Party Tonight, Revolution Tomorrow’ and Zunar, shows how far we have fallen. We are no longer stripping journalists, politicians and activists of their freedom of expression. We are now suppressing freedom of expression of innocent musicians and artists fearing that they may jeopardize our national security.

In light of all the tragedies that we have witness as a country, we sometimes forget to nurture our young and safeguard their interests. The string of incidents involving the religious conversion of a child is something that shocked us all. How can we force an adult decision on one so young? Have we forgotten the promises we made when we signed the United Nation Convention on the Right of the Child? Regardless, we have to live with what we have allowed to pass. What we can do, or what we must do, is to ensure that this would be the last and not the first of many.

With this in mind, we would recommend the Government of Malaysia to sign and ratify the International Convention on the Elimination of All Forms of Racial Discrimination. We would also implored the government to consider signing and ratifying the International Covenant on Civil and Political Rights, the International Covenant on Economic, Social and Cultural Rights and other bill of rights that would help build a better Malaysia. Signing and ratifying these conventions would show Malaysia and the world the Government of Malaysia’s sincerity and determination in changing for the better. A step that would undoubtedly give a whole new meaning to Malaysia day.

On this note, we would also like to remind the Government of Malaysia to fulfil their obligation as signatories to the United Nation Convention on the Right of the Child and ensure that our future generations are given adequate protection and guidance in their foundational years.

Alas, we must express our regrets to have to approach this festive day for Malaysia with such a sombre tone. Even so, we cannot approach Malaysia day with a blissful façade and ignore the grim reality that we have found ourselves in. While we cannot turn back time and undo the mistakes that we have made, we can certainly look forward and make a difference where it counts. The path to a better and brighter Malaysia does not lie upon any side of the political fence or any side of the racial divide. It falls upon all of us to do our part as Malaysian to ensure that Malaysia becomes the role model that other aspire to. A country where everyone cherishes their diversity and difference. A country where the younger generations can grow up in and look back thanking their forefathers for the tremendous effort given to make Malaysia a heaven for all.

Happy Malaysia Day to all!