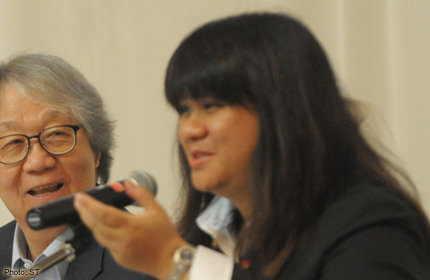 To uphold the values of free speech, academic freedom and tolerance in Singapore by affirming the decision to invite Professor Thio Li-ann as a speaker at the ‘Role of the Judiciary in the Protection and Promotion of Human Rights’ seminar.

This petition stands for the values of free speech, academic freedom and tolerance in Singapore. Regarding the ‘Statement of concern on Thio Li-Ann as speaker at EU human rights seminar’ (“the Statement of Concern”):

We are deeply disappointed that the idea of human rights, which was developed to protect the individual against the worst excesses of power by people in power, is being misused by a few to silence the reasonable views of their fellow participants in the marketplace of ideas. An individual’s right to free speech is a well-established one in both national and international law. The same cannot be said of highly contested LGBT rights; and the former should not be sacrificed for the latter.

Professor Thio Li-ann is a widely published scholar in the field of human rights law. On this occasion, she was invited to speak at a seminar organised by the European Union Delegation to Singapore on International Human Rights Law and National Courts in Asia. Neither this topic, nor the other topics covered in the seminar, directly allude to LGBT issues. Nonetheless, the writers of the Statement have seized this as an easy opportunity to discredit Professor Thio Li-ann. This is a form of censorship that represses viewpoints which do not comport with the LGBT position. It is unreasonable to disregard the breadth and depth of her expertise in this field in light of views she has expressed on an issue that appears unrelated to the actual subject matter of the conference. It is also hypocritical for some in civil society to attempt to silence those whose views they disagree with when they profess to be liberal and tolerant.

The Statement of Concern is misconceived. It represents an attack on academic freedom and freedom of opinion. This mirrors similar trends in the West, as exemplified last month when an Oxford debate on abortion was shut down by students.[1]

As a matter of public record:

1.     Anal-penetrative sex is not a human right. Professor Thio Li-ann has never argued that the LGBT community is not entitled to the protection of human rights.

Issues of human rights concerning homosexuality are extremely controversial. Professor Thio Li-ann’s view that “demands for ‘homosexual rights’ are the political claims of a narrow interest group masquerading as legal entitlements” is an academically respectable position – there are 78 countries where homosexual acts are illegal, representing approximately 40% of states as of May 2014,[2] and no international treaty mentions homosexual rights. These rights cannot prove their pedigree in either customary international law or treaty law, the two main sources of international law.[3] Human rights also generally protect traits that are inherent and immutable, both of which are contested in relation to homosexuality.

Even if some may legitimately dissent, the writers of this Statement should not resort to bully tactics to attack Professor Thio Li-ann’s credibility as a scholar rather than challenge the merits of her argument. The writers presume that their conception of ‘human rights’ is gospel truth, and are tyrannical in their silencing of anyone who holds contrary views.

2.     Professor Thio Li-ann’s description of “acts of gross indecency” in her 2007 speech was an accurate reflection of the acts prohibited under s377A.

Professor Thio Li-ann is fully entitled to the views she raised and substantiated in her parliamentary speech in 2007 as a Nominated Member of Parliament. If parliamentarians must tread the line of political correctness, or risk attacks to their personal or professional credibility, we stifle debate and frustrate the free exchange of ideas.

3.    The arguments based on non-discrimination veil a moral presupposition, which uses “human rights” as a political tool.

In fact, as exemplified by the Statement of Concern, the rhetoric of “human rights” is often an attempt to hijack human rights to advance a political claim. This assertion becomes a card played to pre-emptively silence dissent by arbitrarily restricting the scope of legitimate debate.[6] Unfortunately, the forceful rejection of dialogue betrays the morality which underlies human rights laws.[7] By seeking to attack Professor Thio Li-ann’s involvement in the seminar, these individuals have ironically proven her right in stating that “Homosexual activists often try to infiltrate and hijack human rights initiatives to serve their political agenda, discrediting an otherwise noble cause to protect the weak and poor.”

4. There is no consensus on whether homosexuality is a psychiatric issue or if homosexuals are “born that way”

There is a significant body of research that contradicts the political claim that homosexuals are “born that way”. For example, studies have found extremely low concordance rates for homosexuality within identical twins.[8] In contrast, social experiences during childhood has been found to be a far more significant factor.[9] There have also been some who argue that the declassification of homosexuality as a psychiatric disorder was a politicized deicison.[10][11][12]

This is a petition to uphold the values of free speech, academic freedom and tolerance in Singapore by affirming the decision to invite Professor Thio Li-ann as a speaker at the ‘Role of the Judiciary in the Protection and Promotion of Human Rights’.