Home Statements Myanmar: There can be no democratic elections without respect for human rights 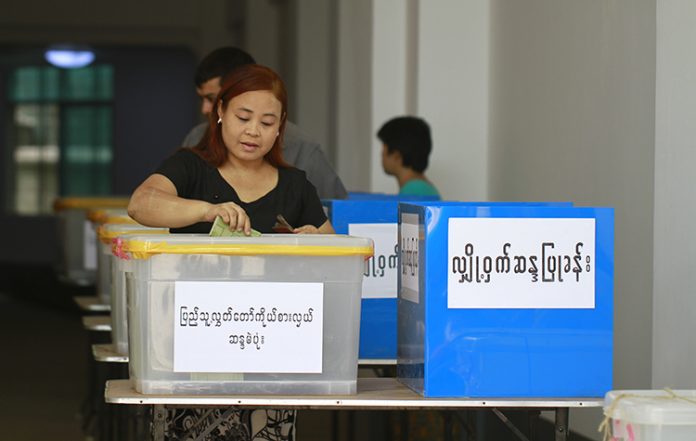 “While recognising the importance of the general elections as a path to open democracy, FORUM-ASIA notes with concern the reluctance of the Government to address human rights concerns, including restrictions of political rights that could impact the credibility of the elections,” says Evelyn Balais-Serrano, the Executive Director of FORUM-ASIA.

(Yangon, 6 November 2015) – The Asian Forum for Human Rights and Development (FORUM-ASIA) welcomes the first popular vote due to take place in two days’ time in Myanmar since its transition to a democratic system. “While recognising the importance of the general elections as a path to open democracy, FORUM-ASIA notes with concern the reluctance of the Government to address human rights concerns, including restrictions of political rights that could impact the credibility of the elections,” says Evelyn Balais-Serrano, the Executive Director of FORUM-ASIA.

Among the main pressing human rights concerns that are not dealt with by the Government in order to ensure democratic elections are: the passage of four discriminatory laws on race and religion; the rise of Ma Ba Tha (The Patriotic Association of Myanmar), which is described as the radical Buddhist nationalist movement; the political disenfranchisement of the Rohingya community; the increase in threats and intimidation against human rights defenders; and the restrictions of the rights to freedom of expression, freedoms of assembly and of association.

FORUM-ASIA expresses its concern over the human rights situation in Myanmar prior to the elections. The strong linkage between the Buddhist extremist group and the ruling Government is reflected in the way the Government acts in relation to diversities and differences; two components that are recognised and celebrated in a democratic society.

A week ahead of the elections, two activists were arrested and charged for mocking the Military on Facebook. They were charged under Section 66(d) of the 2013 Telecommunications Law, which can lead to a maximum three years sentence, for “extorting, coercing, restraining wrongfully, defaming, disturbing, causing undue influence or threatening to any person by using any Telecommunications Network”.

“Freedoms of expression, assembly, and association encompass the essential elements of democracy. The Government should ensure the respect for these freedoms in order to bring fundamental democratic changes to the country,” stresses Balais-Serrano.

FORUM-ASIA reaffirms the centrality of freedoms of expression, assembly, and association in the context of elections as provided for in the key existing and emerging international human rights standards, especially the reports of the UN Special Rapporteurs on freedom of expression and on freedom of peaceful assembly and of association, article 7 of the 1979 Convention on the Elimination of All Forms of Discrimination Against Women (CEDAW), the UN General Assembly Resolution (A/Res/46/137) on enhancing the effectiveness of the principle of periodic and genuine elections, and the UN Human Rights Committee’s General Comments Nos. 25 and 34 on the right to participate in public affairs and the right to freedom of opinion and expression, including on public and political issues.