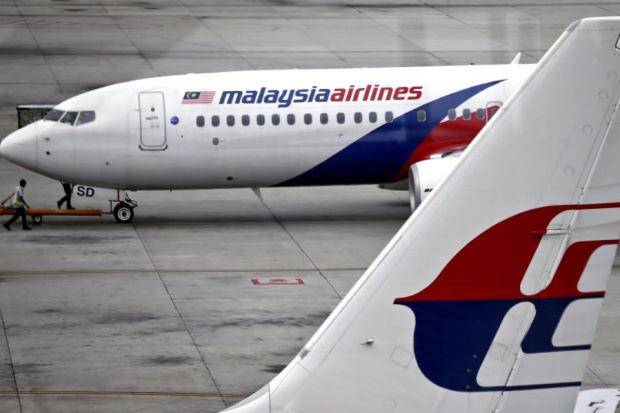 We, the 64 undersigned trade unions, civil society organisations and groups are shocked that Malaysian government owned Malaysian Airline Berhad (MAB), the company that took over Malaysian Airlines, chose to ignore the application for recognition by the National Union of Flight Attendants Malaysia(NUFAM).

We, the 64 undersigned trade unions, civil society organisations and groups are shocked that Malaysian government owned Malaysian Airline Berhad (MAB), the company that took over Malaysian Airlines, chose to ignore the application for recognition by the National Union of Flight Attendants Malaysia(NUFAM).

In Malaysia, before a Union can proceed to negotiate and enter into a Collective Bargaining Agreement(CBA), the employer needs to recognize the said Trade Union.  MAB’s failure to immediately recognize NUFAM reflects badly on Malaysia who has the duty to respect worker rights especially the freedom of Association, which is also a right enshrined in the Malaysian Federal Constitution.

In accordance to the existing law, NUFAM applied to MAB for recognition vide a letter dated 11/9/2015.

Section 9(3) Industrial Relations Act 1967 states that, ‘…An employer or a trade union of employers upon whom a claim for recognition has been served shall, within twenty-one days after the service of the claim- (a) accord recognition; or (b) if recognition is not accorded, notify the trade union of workmen concerned in writing the grounds for not according recognition…’

MAB did not even have courtesy of replying to NUFAM within the stipulated 21 days, which can be considered conduct unbecoming especially of a Malaysian government owned company.

As required by law, vide letter delivered on 6/10/2015, NUFAM then reported the matter in writing to the Director General for Industrial Relations to take such steps or make such enquiries to ascertain the ‘… the competence of the trade union of workmen concerned to represent any workmen or class of workmen…’ in MAB, and to determine ‘…by way of secret ballot, the percentage of the workmen or class of workmen, in respect of whom recognition is being sought, who are members of the trade union of workmen making the claim. The result of the secret ballot must demonstrate that more than 50% of the qualified employees are for the Union, whereby those that never had the opportunity to vote are taken as being against the Union

More than 40 days has lapsed, and the DG for Industrial Relations has not yet responded to NUFAM. Given that many employees are hired as fixed-term contract employees, speedy efficient action is required by the authorities. Delay prejudices workers.

Even when Unions in Malaysia are successful in demonstrating that they have the support of more than 50% of all qualified employees in a secret ballot, and the Minister decides that recognition is to be accorded by the employer, some employers are challenging this decision in court and as a result rights that come with recognition is put on hold for many years to the detriment of workers and their union.

When the Malaysian Airlines was previously operated by Malaysian Airlines Systems Berhad(MAS Bhd), NUFAM succeeded at  the secret ballot and the Minister decided that NUFAM is recognized by MAS Bhd. Unfortunately, MAS Bhd commenced a Judicial Review action in court challenging the Minister’s decision, and this case is still pending.

Private sector companies have been known to in the past form a new separate legal entity, and then transfer assets and business from the existing company to this new entity, thereby killing existing unions – forcing workers to start all over again to form, register and get recognition of unions in the new entity. This strategy is also used to get rid of worker leaders and workers brave enough to fight exploitation.

It is disappointing that the Malaysian government is using a similar ‘union busting’ strategy for government owned and/or government-linked companies (GLCs).

MAB, the new company that took over the Malaysian Airlines, employed new employees, amongst them some 14,000 ex-MAS Bhd employees. All the in-house trade unions that existed in MAS Bhd were effectively killed.

NUFAM may be the first union that is seeking recognition from MAB – whereby recognition is needed to better represent their worker members in MAB and to enter into a Collective Bargaining Agreement.

To make matters worse, Malaysia passed a new law – Malaysian Airline System Berhad (Administration) Act 2015, which amongst others, effectively prevented speedy access to justice through the courts. A moratorium was put in place preventing court actions involving MAS Bhd from proceedings. When the moratorium is finally lifted, it would likely be too late. Justice delayed is justice denied.

Malaysian government, vide its strategic investment fund Khazanah Nasional, owns both MAS Bhd and this new MAB. Hence, it is the current Barisan Nasional government under Prime Minister Najib Tun Razak that is now possibly guilty of union busting. The denial of speedy recognition of NUFAM and possibly other unions by the new Malaysian Airline Berhad(MAB) can be said to be anti-worker and anti-trade union conduct.

For and on behalf the 64 organisations, trade unions and groups listed below