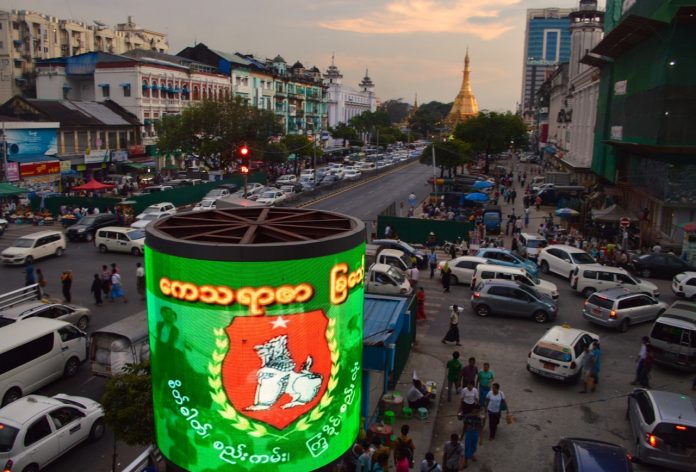 The legitimacy of Myanmar’s upcoming general election, scheduled for this Sunday, 8 November, has already been profoundly undermined by government decisions in the lead-up to the poll, ASEAN Parliamentarians for Human Rights (APHR) said today.

YANGON, 6 November 2015 – The legitimacy of Myanmar’s upcoming general election, scheduled for this Sunday, 8 November, has already been profoundly undermined by government decisions in the lead-up to the poll, ASEAN Parliamentarians for Human Rights (APHR) said today.

“Regardless of what happens on election day, fundamental flaws, which have gone unaddressed, mean that this vote cannot be considered free, fair, inclusive, or credible,” said APHR Chairperson and Malaysian MP Charles Santiago.

The collective of parliamentarians pointed to widespread disenfranchisement, the deliberate exclusion of specific ethnic and religious minorities, and a failure to amend the fundamentally undemocratic 2008 constitution as factors preventing the election from constituting a true reflection of the will of the Myanmar people.

“International observers will likely harp on technical aspects of Sunday’s vote. But even if everything goes perfectly on that front — a highly unlikely outcome, decisions by the government have already rendered this contest far short of real democracy,” Santiago added.

Parliamentarians said that election authorities’ decisions to disqualify dozens of Muslim candidates earlier this year constituted a fundamental abrogation of the commitment to free and inclusive competition. The vast majority of these candidates were disqualified based on dubious claims that their parents were not Myanmar citizens, and in many cases, these individuals were not provided with an opportunity to defend themselves against those allegations.

“Based on the numbers, it is clear that election authorities were targeting Muslim candidates with disqualification,” Santiago said. “In the context of a political environment that has vilified Muslims and allowed hate speech to proliferate, such a decision is unconscionable.”

Widespread disenfranchisement has further undermined the election’s credibility, APHR said. The decision earlier this year to revoke voting rights from temporary ID card holders, who had been allowed to participate in previous elections, deprived hundreds of thousands of the opportunity to take part in the political process. This includes up to 1 million Rohingya Muslims, who already face systematic discrimination and statelessness and are at high risk of becoming victims of atrocity crimes.

Parliamentarians also noted barriers to voting for domestic and overseas migrant workers, as well as the cancelation of voting in nearly 600 village tracts in conflict zones, which denied voters in dozens of townships nationwide the opportunity to elect their representatives.

“Elections are about constituents choosing leaders to represent them. But in this case, too many constituents are not being permitted to make that choice,” Santiago said. “In some constituencies, the vast majority of otherwise eligible voters were stripped of their suffrage.”

Parliamentarians said that Myanmar’s constitution itself also constitutes a fundamental barrier to a fair contest. With 25 percent of seats reserved for military appointees, even an overwhelmingly popular political party will struggle to achieve a majority of parliamentary seats, necessary to form a government. This could strengthen the hand of the military, allowing it to act as political kingmaker.

In June, military-appointed MPs blocked amendments to the constitution that would have removed their veto power over future changes to the charter. This move represented a decision to continue the blockade on Myanmar’s democratic advancement, which Sunday’s vote will be incapable of overcoming, APHR said.

“We hoped consistent warnings from the international community would spur the Myanmar government to change course and embrace inclusivity and necessary constitutional reform,” Santiago said. “Unfortunately, this has not happened, and it means that the people of Myanmar have been robbed of an opportunity to embrace real democratic change.”