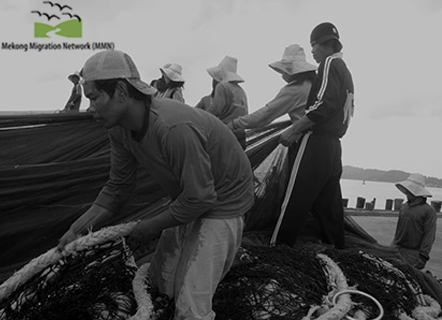 The Mekong Migration Network (MMN), a sub-regional network of civil society organizations, research institutes and mass organizations promoting rights of all migrant workers and their families, urges the Royal Government of Thailand to immediately review its policy that requires migrant workers to return to their countries of origin before being allowed to renew their work permits after having worked in Thailand for 4 years.
The Memoranda of Understanding (MOUs) on Cooperation on Employment of the Workers which Thailand bilaterally signed with its neighbouring countries Lao PDR, Cambodia and Myanmar in 2002 and 2003, state that employment in Thailand shall be deemed completed after 4 years and that a 3 year break is required for workers to be able to apply for a new work permit. In 2013, the Royal Government of Thailand suggested to shorten this requirement from a 3 year to 1 month. However, such amendment was never officially announced and due to the current political situation in Thailand, no further discussions are being held, leaving migrant workers with expired permits in limbo.
Since these MOUs were signed, MMN has expressed its concern over this requirement on a number of occasions. Requiring migrant workers to leave Thailand for an extended period of time encourages migrants to remain in Thailand and become undocumented, particularly if the costs and complications of recommencing the registration process are too high. This undermines the purpose of the regularization process in Thailand.  It also increases the risk of exploitation and extortion by traffickers offering opportunities in third countries or by brokers preparing false documents for migrant workers, thereby also undermining the identification system in Thailand and migrants’ countries of origin.
Migrant workers are particularly concerned about family separation and the costs of returning to their home countries and subsequently re-commencing the registration process. Reducing the period of return to a migrant worker’s country of origin from 3 years to a shorter period such as 1 month, does not solve these problems. It will also leave employers in a problematic situation if their employees are required to leave the workplace for a period of several weeks; and it means that workers forfeit social security access and any accrued benefits.
Thus, MMN recommends that migrant workers should be able to renew their work permits every two years for as long as they have employment, without being required to return to their country of origin to do so. The benefits of allowing migrant workers to continue their employment in Thailand concern not only migrant families and communities, but also employers and the Thai economy which continues to rely heavily on migrant labour.

The Objectives are as follows: