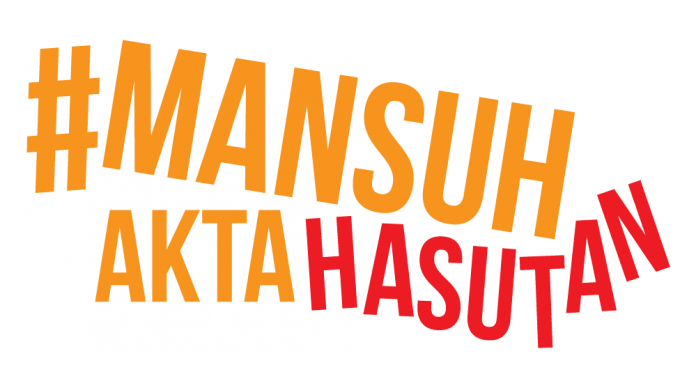 The Asian Forum for Human Rights and Development (FORUM-ASIA), together with its member Suara Rakyat Malaysia (SUARAM), welcomed yesterday’s judgment by the High Court to refer a law professor’s challenge of the constitutionality of the Sedition Act 1948 directly to the country’s highest judicial body, the Federal Court of Malaysia.

(Kuala Lumpur/Bangkok, 6 November 2014) – The Asian Forum for Human Rights and Development (FORUM-ASIA), together with its member Suara Rakyat Malaysia (SUARAM), welcomed yesterday’s judgment by the High Court to refer a law professor’s challenge of the constitutionality of the Sedition Act 1948 directly to the country’s highest judicial body, the Federal Court of Malaysia.

On 2 September 2014, Azmi Sharom, law lecturer at Universiti Malaya was charged under Section 4(1)(b) and 4(1)(c) of the Sedition Act 1948 over an alleged seditious remark which was later published in the Malay Mail Online. Azmi pleaded not guilty to the charge which states that “uttering any seditious words” is an offence punishable with a fine not exceeding RM5,000 for a first time offence, or imprisonment not exceeding three years or both for first offender. He filed an application for the court to review Section 4(1) of the Sedition Act 1948, saying that it was unconstitutional as it is inconsistent with Article 10(2) of the Constitution, which allows only Parliament to impose legal restrictions on the right of freedom of speech. Following the High Court’s referral, the Federal Court will hear whether Section 4(1) of the Sedition Act, introduced during the British colonial period, is inconsistent with Article 10(2) of the Constitution as well as whether the Sedition Act itself is valid and constitutional.

Trial observers present at the High Court yesterday included Indonesian human rights lawyer and researcher with the Institute for Policy Research and Advocacy (ELSAM), Mr. Wahyudi Djafar, and FORUM-ASIA representative, Ms. Saartje Baes.  “Justice Kamardin Hashim stated that it is up to the Federal Court to decide on this matter once and for all. In view of this development, the Malaysian government and the judiciary should halt all cases under the Sedition Act pending the decision of the Federal Court,“ said Djafar.

In recent months, there has been a marked increase in the arbitrary and abusive application of the Sedition Act, targeting elected Members of Parliament, lawyers, academics, social activists, students and journalists,” said Evelyn Balais-Serrano, Executive Director of FORUM-ASIA. “This shamelessly contradicts the repeated pledges made by Prime Minister Najib Razak on 11 July 2012 and 3 July 2013 and by the government to the UN Human Rights Council in March 2014 to abolish the Sedition Act.”, Balais-Serrano concluded.

“According to SUARAM, since August 2014, at least 19 individuals have been probed under the Sedition Act, with 8 individuals being charged,” said Yap Swee Seng, Executive Director of SUARAM. “These numbers highlight an increasingly systematic pattern of abuse that has a chilling effect on freedom of expression as well as civil society space in Malaysia. The referral to the Federal Court is an indication of the gravity of the situation,” Swee Seng noted.

FORUM-ASIA and SUARAM reiterated their longstanding call for the Sedition Act to be abolished and joined the calls for a moratorium on the use of the Sedition Act, including arbitrary arrest, detention and prosecution. “We hope that the referral to the Federal Court is an indication of the judiciary’s willingness to uphold the rule of law that will lead to the eventual repeal of the Sedition Act and other repressive laws in Malaysia,” concluded Balais-Serrano.