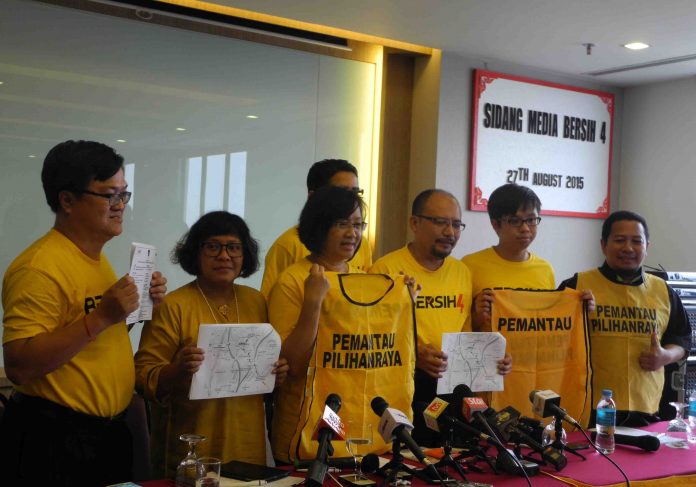 The Malaysian authorities must take effective measures to actively protect the rights of participants at the Bersih 4.0 rally in Kuala Lumpur this weekend, and ensure that the rally takes place without violent obstruction by counter demonstrators, said the ICJ today.

The Malaysian authorities must take effective measures to actively protect the rights of participants at the Bersih 4.0 rally in Kuala Lumpur this weekend, and ensure that the rally takes place without violent obstruction by counter demonstrators, said the ICJ today.

On 29 and 30 August, BERSIH 2.0, a coalition formed in 2005 to push for electoral reforms in Malaysia, will be organizing a 34-hour public assembly to address allegations of corruption against the Malaysian Prime Minister. The public assembly is commonly called Bersih 4.0.

The Malaysian government has declared the rally illegal and the Malaysian Communications and Multimedia Commission has decided to block websites that are spreading information about the Bersih 4.0 rally, claiming that they are a threat to national stability.

“Under international law, the Malaysian government has the positive obligation to create an enabling environment and to facilitate the exercise of the right to free expression and free assembly,” said Sam Zarifi, ICJ’s Regional Director on Asia and the Pacific.

“Instead of respecting these rights, the government’s actions such as declaring the protest illegal and blocking information on the internet, are likely to enflame the situation and are in violation of Malaysian law and international standards,” he added.

Furthermore, the UN Special Rapporteur on the right to freedom of peaceful assembly and association highlighted the important role of the internet as a basic tool for individuals to organize peaceful assemblies, and emphasized that governments must ensure access to the Internet at all times, including during times of unrest.

Any determination on what website content should be blocked must be undertaken by a competent judicial authority or a body that is independent of any political, commercial, or other unwarranted influences.

“The Malaysian authorities must ensure that the people of Malaysia are able to exercise their right to peacefully assemble and to freely express their opinion, including regarding matters of good governance and democracy,” Zarifi said.

“The job of the police is not to dispel the protesters, but rather to ensure their protection – such as from possible violence from counter demonstrators.”