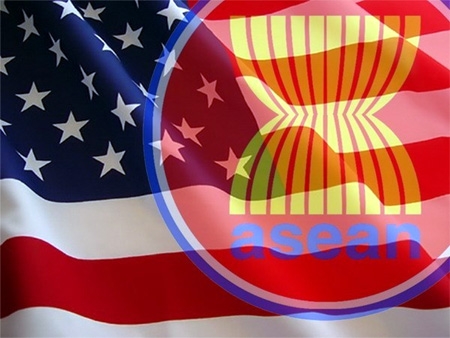 On the recent past days, US and ASEAN have prepared to conduct a summit in Sunnylands, California, United States. President of United States, Barrack Obama already scheduled to host the meetings with the 10 countries of Association of Southeast Asian Nations (ASEAN) leaders on February 15-16, 2016. US-ASEAN Strategic Partnership has emerged five main key points regarding the cooperation between the two parties. Among the five main key points there are two key points we would like to highlight, inter alia the agenda of strengthening the economic cooperation and second combating the security challenges in Southeast Asia. Thus, we would like to criticize these two agendas with the human rights perspective.

First, ASEAN is a home to 660 million people and it is collectively the world’s seventh largest economy. It supports over half a million U.S. jobs. ASEAN is America’s fourth largest export market, and the United States is ASEAN’s third largest trading partner. Therefore, in the US-ASEAN Summit, economy cooperation has become one of the priorities in trading and markets in ASEAN in line with the development agendas in ASEAN. Second, in the 21st century there are many security challenges reach across borders. In Southeast Asia itself, the country members are combating the challenges of illicit trafficking of drugs, wildlife and timber, violent extremisms, proliferation of weapons of mass destruction, cyber-security, human trafficking, terrorisms, illegal fishing, and tension in the South China Sea. As a regional organization, ASEAN has an essential role to pay in addressing these common challenges. However, these two issues already become apertures of human rights violations in Southeast Asia.

If we may look from the agendas of US-ASEAN Strategic Partnership itself – on the first point of strengthening the economic growth and cooperation with ASEAN.Meanwhile inside the agenda, it is also opening more spaces for human rights violations and also exploitation of natural resources in Southeast Asia. For example, Indonesia and United States already extend the contract of Freeport in Indonesia. However, human rights violations that occurred in Papua are an impact of the cooperation between Freeport and Indonesia. For many years, Papuan people have suffering poverty, crisis and discrimination. The exploitation that perpetrated legally by the government and the private sector which stated that it is for the improvement of economic growth in Indonesia has lead to the human rights violations for the indigenous people in Papua. Until now, there are no clear agendas proposed by the Freeport regarding to guaranteed the fate of indigenous people in Papua, and also the Indonesian government still doing an omission to resolve human rights violations cases related with the foreign business sector in Papua.

Second, with the recent issues of terrorism, extremisms, illicit drugs trafficking threats in ASEAN region, security strengthening has become one of the main agendas not only in US-ASEAN Strategic Partnership, but also in the agenda in the domestic area of the member states. For example, in Indonesia itself, after the incident of Sarinah bombing in January 14, 2016, Indonesian government made a new revision of the Anti-Terrorism Law (Law No. 13/2003) in Indonesia and opening more spaces of human rights violation perpetrated by the state apparatus. Death penalty still become one of the deterrence strategy by several country in ASEAN such as in Indonesia, Malaysia, Singapore and Thailand to combat illicit drugs trafficking. And this is a cross cutting issues with the fate of migrant workers in ASEAN region that threatened by the death sentence. The chance of criminalization, tortures and arbitrary detention also become one of the potential human rights violations legally perpetrated by the government authorities.

Despite of a long track of the Southeast Asia combating the challenges of authoritarianisms and democratization in several state parties in ASEAN members such as Myanmar, Laos and Cambodia. ASEAN member states also have a long track records regarding the human rights past abuses such as crime against humanity in 1965 Massacre in Indonesia, Cambodia’s Khmer Rouge and in the recent incident of Rohingya in Myanmar. On the present days, ASEAN still facing the fact of long lists of human rights violations perpetrated by the state authorities and reflecting that democracy in ASEAN only seen as an illusion to theASEAN Community. The voice of Civil Societies in ASEAN remains unheard by the ASEAN leaders yet. The principle of non-interference still becomes one of the obstacles to resolve human rights issues in ASEAN.

It is also necessary to pointing out the issues of human rights related to the context of fundamental freedoms such as freedom of expression, freedom of association and assembly and freedom of religion or belief. Those fundamental freedoms still limited not only in Indonesia, but also in Southeast Asia as general. Almost all of the ASEAN member states has an issues regarding the limited access of fundamental freedoms. Such as Rohingya, authoritarianism in Cambodia and Laos also Malaysia. Lack of access to justice and remedies in Southeast Asia region still legally perpetrated by the government. People’s voice still silenced and security approaches by using security apparatus to conduct orderamong the societies still become one of the spaces of human rights violations and not showing improvements.

Therefore, President Barrack Obama should also emphasized the issues of human rights in ASEAN to become one of prioritizes of the US-ASEAN Summit agendas. We would like to give several recommendations to the US-ASEAN Summit Strategic Partnership, inter alia: