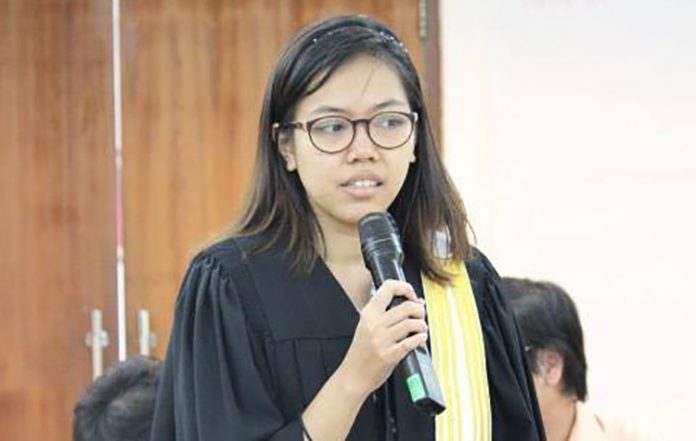 Authorities in Thailand should drop all criminal charges and immediately end the judicial harassment of human rights lawyer Sirikan Charoensiri for carrying out her legitimate work, the Asian Forum for Human Rights and Development (FORUM-ASIA) said today.

(Geneva, 8 February 2016) – Authorities in Thailand should drop all criminal charges and immediately end the judicial harassment of human rights lawyer Sirikan Charoensiri for carrying out her legitimate work, the Asian Forum for Human Rights and Development (FORUM-ASIA) said today.

Sirikan Charoensiri, a lawyer working with Thai Lawyers for Human Rights (TLHR), received two summons to appear at the Chanosongkram police station in Bangkok on 9 February to be charged with two offences under the Thai Criminal Code: “filing false information concerning a criminal offence” (Article 172), carrying a sentence of up to two years and “failure or refusal to comply with official orders” (Article 368). TLHR was established after the 2014 coup to provide legal assistance and monitor the human rights situation in Thailand under the military junta’s rule.

The police summons are a result of Sirikan Charoensiri’s complaint against Thai Police alleging ‘malfeasance’. On 27 June 2015, Sirikan Charoensiri had objected to police searching her car without a warrant and accused the police of obstructing her work as a lawyer. At that point she was representing 14 student activists who had been arrested for organising protests calling for an end to military rule and return of democracy.

“Sirikan Charoensiri is clearly being intimidated and harassed by the authorities for her human rights work which included defending student activists who were unlawfully charged and harassed for exercising their rights to freedom of expression and freedom of peaceful assembly,” said Evelyn Balais-Serrano, Executive Director of FORUM-ASIA.

“It does not bode well for the rule of law and democracy in Thailand if human rights defenders like Sirikan Charoensiri are targeted for standing up for basic freedoms.”

This is the not first time Sirikan Charoensiri has been in targeted. In July 2015, Thai Police publically announced that they were considering framing charges against her and visited her home and even questioned her family.

FORUM-ASIA condemns the judicial harassment of Sirikan Charoensiri and urges the authorities in Thailand to uphold their human rights obligations under national and international law.

FORUM-ASIA is a regional human rights group with 58 member organisations in 19 countries across Asia. FORUM-ASIA addresses key areas of human rights violations in the region, including freedoms of expression, assembly and association, human rights defenders, and democratisation.