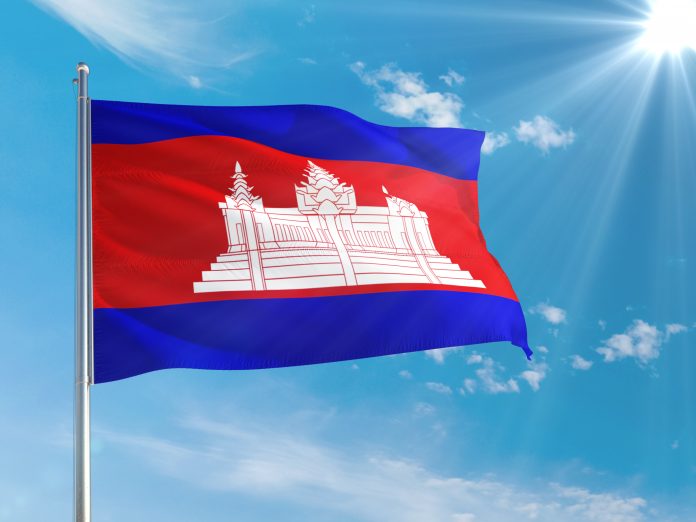 On 20 June, environmental defenders Sun Ratha, Yim Leanghy and Ly Chandaravuth were charged with conspiracy against the government (Article 453 of the Criminal Code), which carries a sentence of five to ten years. Sun Ratha and Yim Leanghy were further charged with insulting the king (Article 437 bis), which carries a sentence of up to five years.  MNC founder Alejandro Gonzalez-Davidson was charged in absentia for both offences. Another human rights defender, Seth Chhivlimeng who had earlier been arrested was detained for 24 hours and released without charge.

The Interior Ministry spokesperson had earlier accused them of using foreign money to commit ‘rebellious actions’ against the Government.

‘The judicial harassment of these human rights defenders is part of the government’s systematic campaign against environmental defenders who try to hold them to account for violations of environmental rights. It sends a chilling message that instead of taking steps to address the environmental damage brought on by businesses and development activities, they will target the defenders,’ said Olive Moore, Deputy Director at Front Line Defenders.

The activists were arrested on 16 June 2021 for documenting the sewage discharge into the Tonle Sap river in Phnom Penh. The environmental group Mother Nature Cambodia has consistently advocated for the protection of the environment through peaceful activism and worked to expose corruption behind development activities.

For their advocacy, they have faced reprisals from the government. In May 2021, MNC activists Thon Ratha, Long Kunthea, Phuong Keo Raksmey, Alejandro Gonzales-Davidson and Khmer Thavrak Youth Movement activist Chea Kunthin were sentenced to between 18 and 20 months’ imprisonment for incitement. Three of them, Thon Ratha, Long Kunthea, Phuong Keo Raksmey, had been in pre-trial detention since September 2020, while Kunthin and Gonzales-Davidson were charged in absentia.

The charges of conspiracy and insulting the King, point towards an escalation of harassment against defenders.

‘Within a repressed civic space, these charges of conspiracy and insulting the king demonstrate the extent to which the government will use its arsenal of repressive laws against human rights defenders they see as a threat. These arbitrary and vague laws continue to be used to stifle dissent and peaceful advocacy and are inconsistent with Cambodia’s international human rights obligations,’ said Josef Benedict, CIVICUS Asia Pacific Researcher.

The groups call on the international community, including the United Nations, to condemn the harassment of environmental defenders, and to stand for the causes they fight for.

‘The international community must condemn this systematic targeting of human rights defenders and call for their immediate and unconditional release. They must take a stand against the escalation of harassment against defenders, including through the arbitrary use of repressive laws meant to intimidate dissenters. The protection of defenders must be of utmost priority and these attacks cannot be justified,’ said Shamini Darshni Kaliemuthu, Executive Director of FORUM-ASIA.

‘Further, they must ensure any agreements or engagements they have with the government or with its businesses comply with international human rights standards including the UN Guiding Principles on Business and Human Rights, and do not further cause harm to defenders who continue to fight for the environment despite the massive risks they face,’ said the groups.

A PDF version of the statement can be found here.

The Asian Forum for Human Rights and Development (FORUM-ASIA)

The Asian Forum for Human Rights and Development (FORUM-ASIA) is a regional network of 81 member organisations across 21 Asian countries, with consultative status with the United Nations Economic and Social Council, and consultative relationship with the ASEAN Intergovernmental Commission on Human Rights. Founded in 1991, FORUM-ASIA works to strengthen movements for human rights and sustainable development through research, advocacy, capacity-development and solidarity actions in Asia and beyond. It has sub-regional offices in Geneva, Jakarta, and Kathmandu. www.forum-asia.org

The Asia Democracy Network (ADN) works to promote and advance democratisation and democratic governance at all levels of society through effective solidarity and cooperation among civil society organisations and democracy advocates in Asia. ADN is committed to building a just, equitable and sustainable community of democratic societies in Asia, where all human rights of all individuals, groups and peoples are fully respected and realised. www.adnasia.org

CIVICUS: World Alliance for Citizen Participation is a global alliance dedicated to strengthening citizen action and civil society around the world with 8,500 members in more than 175 countries. Based out of  Johannesburg, CIVICUS has offices in New York and Geneva. www.civicus.org

EarthRights International is a nongovernmental, nonprofit organization that combines the power of law and the power of people in defense of human rights and the environment, which we define as “earth rights.” We specialize in fact-finding, legal actions against perpetrators of earth rights abuses, training grassroots and community leaders, and advocacy campaigns. Through these strategies, EarthRights seeks to end earth rights abuses, to provide real solutions for real people, and to promote and protect human rights and the environment in the communities where we work. www.earthrights.org

Front Line Defenders was founded in Dublin in 2001 with the specific aim of protecting human rights defenders at risk (HRDs), people who work, non-violently, for any or all of the rights enshrined in the Universal Declaration of Human Rights (UDHR). Front Line Defenders addresses the protection needs identified by HRDs themselves. Front Line Defenders maintains its headquarters in Dublin, an EU Office in Brussels, and regionally-based field staff in the Americas, Asia, Africa, Europe & Central Asia, and the Middle East. www.frontlinedefenders.org