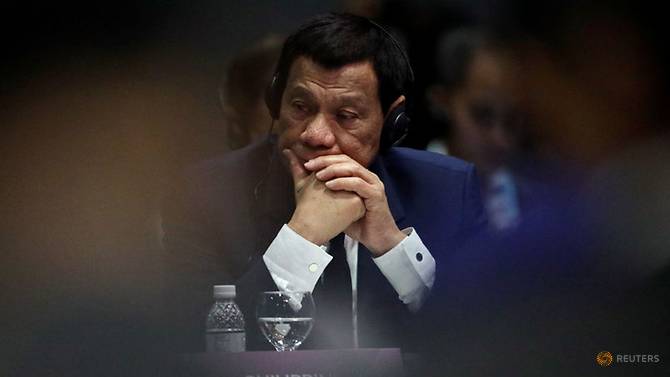 MANILA: Philippine leftists reacted with dismay on Wednesday (Nov 28) to a threat by President Rodrigo Duterte to create a “death squad” to hunt what he said were Maoist assassins, a plan critics said could trigger a spree of killings similar to his bloody war on drugs.

Maoists, leftists and some lawmakers said Duterte would worsen an existing climate of fear and impunity by threatening to unleash his own hit men on those of the New People’s Army (NPA), a communist militia that has waged a low-level insurgency in the Philippines for decades.

Duterte said his assassins would take out the NPA’s “sparrows”, who the communists deployed to kill police during the 1970s and 1980s rule of late strongman Ferdinand Marcos. It is not clear if the sparrows still exist.

“That is their advantage. So I am going to create my own sparrow, the ‘Duterte Death Squad’,” he said in a speech on Tuesday.

Jose Maria Sison, the exiled founder of the Communist Party of the Philippines, denied the existence of “sparrow” assassins and said Duterte was using it as a pretext to kill suspected Maoist rebels.

Sison likened it to Duterte’s anti-drugs campaign, during which thousands of people have been killed. Activists say many appear to have been executions, but police deny that and say all were shootouts with drug dealers.

“He gives himself the reason to form his own death squads,” Sison told news channel ANC. “Anyone suspected could be killed because police have the license to kill.”

Duterte’s bellicose statements have alarmed rights groups, which say police are interpreting them as green lights to kill suspected criminals.

Duterte has been dogged by accusations that he ran a death squad when he was mayor of Davao City and oversaw a fierce crackdown on crime. He denies the allegations.

Leftist group Bayan said in a statement Duterte was “inciting a killing spree against government critics, human rights defenders and just about everyone else tagged by the government as ‘Red'”.

Senator Antonio Trillanes said Duterte was insecure about his hold on power.

“He wants to strike fear again into the hearts and minds of the Filipinos by forewarning that there would be another round of killings,” Trillanes said.

“Fear is his only way to keep people in check.”

“We will study it very closely,” he told CNN Philippines. “There is great danger of abuse or mistakes in these undercover operations.”