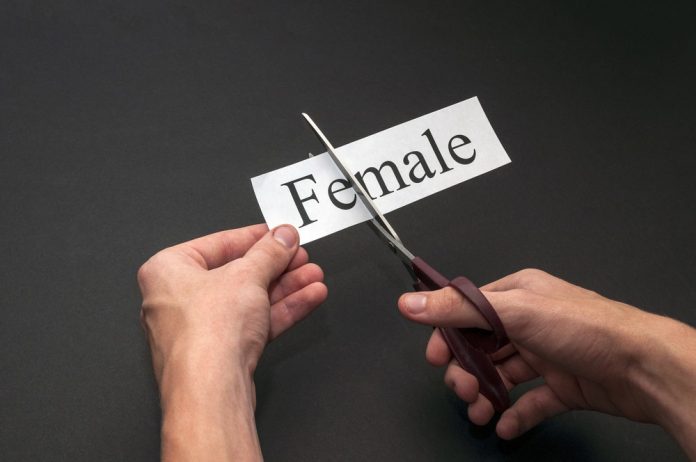 Despite their feminine mannerisms, waria are still perceived as biological males by authorities, and hence could be outlawed under charges of homosexual misconduct. (Shutterstock/File)

Transgender people, locally known as waria, have always been a group vulnerable to violence and discrimination. However, they have long been part of local culture as well, accepted though frequently looked down upon.

There have been waria celebrities, such as Dorce Gamalama. Men of overtly effeminate appearance are regular fixtures on Indonesian families’ TV screens. Sally aka Sholeh, a cartoon character imported from Malaysia, featured in the beloved children show Upin and Ipin, is also a waria. Therefore three attacks against waria within the past month must be utterly condemned. Activists, including the leader of the Indonesia Waria Communication Forum, Yulianus Rettoblaut, or Mami Yuli, believe the attacks are linked to the current election campaigns.

On Nov. 2, in Lampung, Pesisir Barat regency public order officers arrested three waria for “being LGBT [lesbian, gay, bisexual and transgender]”. They were hosed down with water from firetrucks as part of their “cleansing” in Islam. The case became public after pictures of the three people, one kneeling, two squatting, wet and dejected, went viral.

In mid-November, seven waria who have lived in an East Jakarta neighborhood for years were told to leave their homes by neighbors who had signed a petition demanding they leave, initiated by the local Mosque Welfare Council. The area is known as a strong base of the hardline Islam Defenders Front (FPI). Residents also erected banners saying that LGBT, including the waria who have lived there side by side and in peace for years, were not welcome.

Only a few days later, two waria in Bekasi, West Java, were chased, stripped naked and beaten by around 50 men.

Anti-LGBT sentiment in Indonesia notably increased in 2016, when Research, Technology and Higher Education Minister M. Nasir responded to a poster by the Support Group and Research Center on Sexuality Studies based at the University of Indonesia, offering counseling for LGBT youngsters. Since then, concerted actions and statements, dubbed a “moral panic” by the Human Rights Watch, has taken its toll on LGBT groups, especially waria, whose distinct physical features make them an easier target compared with other members of the LGBT community.

Attacks against this community usually increase in line with political campaigns. Ahead of the 2018 regional elections, some politicians, including then-Bandung mayor Ridwan Kamil, said he opposed LGBT rights in response to rumors that he supported LGBT groups. Such negative sentiment is on the rise again ahead of the 2019 presidential and legislative elections.

A #2019ChangePresident activist, Neno Warisman, told a rally of her supporters that if people did not want their sons to become “homo” they should not vote for President Joko “Jokowi” Widodo.

No politician wants to speak up for LGBT rights nowadays because to do so would threaten their political careers. Despite the three recent horrible instances of abuse against waria, no politician has said a word in defense of their human rights.

It is therefore incumbent on all candidates for public offices disavow this abuse of vulnerable groups in their race for power.