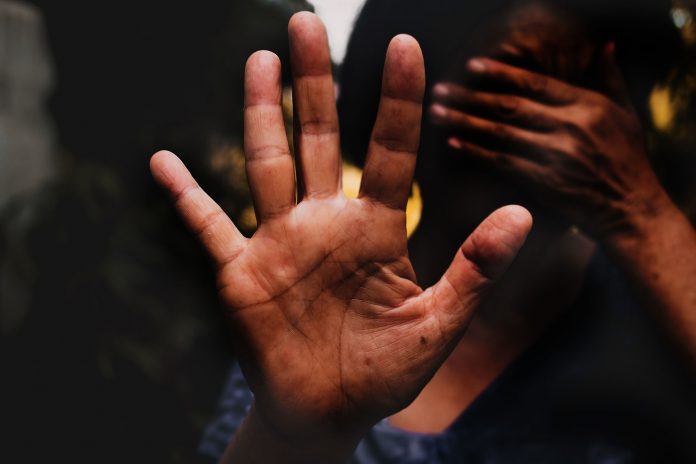 TEMPO.CO, Jakarta – They were the happiest days of her life. She was building memorable teenager moments until he broke her dreams. A survivor, a warrior, and a fighter, Shera Rindra will never forget the ordeal she went through after she was raped by someone she thought she could trust.

“I felt so scared because I didn’t know what I would face, what were the steps to be taken, who would I see, and that feeling of hesitation. Would there be someone who trusted my story?” Shera says.

Upon arriving at the police station to report the incident, she was handed over to a male police officer to recall the incident.

“Since my mental and physical state wasn’t in a good condition due to the incident, I fainted repeatedly. During the interrogation process, the male police officer intimidated me and made me feel as if I was the criminal.”

The male officer became angry with Shera for fainting, “You are the reason why I have to stay up late to do this report,” he told her, and made her type it up for him.

Unlike many women in Indonesia who suffer sexual violence but are too afraid to come forward, Shera chose not to be silent and went through a daunting court process to eventually see the perpetrator sentenced to a prison term.

More than 10 years have passed since and now a growing number of activist groups and volunteers like Shera are emerging to expose Indonesia’s problems with sexual violence and push for change in the way society and the law treats victims.

The 16 Days of Activism against Gender-Based Violence Campaign –starting from the International Day for the Elimination of Violence against Women on November 25 to Human Rights Day on December 10 – recognizes that sexual violence is a daily reality for many Indonesian women.

“The statistics show every two hours, three women in Indonesia experience sexual violence – but those are only the reported ones. They are the tip of the iceberg,” says clinical psychologist Wulan Danoekoesoemo, who is the Executive Director of Lentera Sintas Indonesia, an organization that counsels sexual violence victims.

A survey conducted by Lentera Sintas Indonesia in 2016 with more than 25,000 respondents found that six percent said they had been raped. Out of those who had experienced rape, only one percent of the victims followed the legal process through to the end of a completed court case.

Indonesian activists estimate that millions of sexual violence incidents go unreported each year, usually out of fear of reprisal from their abuser, social stigma, victim blaming and because the police do not take violence against women seriously.

“It’s the combination of legal, social and psychological factors as to why women don’t report sexual violence,” Wulan says.

The legal process of reporting sexual violence requires victims to provide evidence such as samples of DNA of the perpetrator from their body. However, as Wulan notes, in the example of a rape situation, one of the first things a victim will want to do is to take a shower and clean themselves, trying to purge the memory. Although this would be one of the first steps survivors take in coming to terms with the trauma, this is tampering with evidence and can make the process of reporting the incident difficult.

“Psychologically speaking, it’s never easy to revisit traumatic events, especially when you’re still under duress. Sometimes the sensitivity from the police department can be lacking. Quite often it’s a male officer filing the report. They are not well equipped with understanding traumatic experiences, so they’re probably like ‘Come on, I’m losing sleep over this. Hurry up, I want to go home,’” Wulan says.

“We understand that police officers must be skeptical, to maintain objectivity, however, the way they approach cases involving traumatic events can be improved. Much more training around gender sensitivity is needed,” Wulan says.

Many women would rather stay quiet rather than endure the degrading experience of reporting to police, says commissioner of the National Commission on Violence against Women, Irawati Harsono.

“Women have to be brave to report sexual violence. Usually, the perpetrator of the violence is male, so it is difficult for the victim to speak with a male officer about what happened,” says Irawati, who is also a former Police Colonel.

“The police should first think about the victims’ welfare, and their rights, not about how to complete the report,” Irawati says.

Irawati has played a key role in pushing for Parliament to improve the legislation on sexual violence. The draft law on the Eradication of Sexual Violence has been debated in Parliament since 2014 and has been dramatically reduced in scope numerous times. Currently, the bill proposes nine types of offenses for sexual violence, however, the government wants to cut this down to only four.

he culture of sexual violence across Indonesia is pervasive. Female circumcision remains a norm amongst various cultural groups, and child marriage and polygamous marriages continue to violate women’s rights. Rape, sexual assault and harassment are common experiences. Virginity testing of female recruits under the guise of sexual health tests is reportedly practiced by the police.

Despite the multitudinous types of sexually violent acts women may suffer, the current law does not recognize many of these as being criminal offenses, lawyer Dr.Ir. Albert Kuhon says.

“The current law only covers unwanted sexual acts from penis-in-vagina penetration and sexual harassment where there has been physical touching. The new law would cover things like oral sex, forced marriage, sexual exploitation and more,” he says.

The Indonesian Criminal Code is framed with the perpetrators’ rights in mind, so this new proposed law is quite different in how it acknowledges the rights of victims and defends their interests.

There is not also a need for legal change, but also cultural change. The way Indonesia regards female police officers is crucial in increasing protection for women against sexual violence. Since 2007 each police district has established a special women and child protection unit as an initiative to establish greater safety and sensitivity for women when they report sexual violence or other gender-related issues.

However, within sub-district areas and more remote regions, there are no female police officers, meaning women reporting cases in these areas will deal exclusively with men. They have the option of referring their case to a district area where there are female officers, but this is often a costly and difficult process as it means they have to leave their area to travel to the district area to make the report.

Retired police commissioner Brigadier General Sri Rumiati explains that even though the number of women and men in Indonesia is equal, the opportunities for women to join the police force are limited.

There are currently some 30,000 female police officers out of a total 461,000 police officers in the country, meaning a victim of sexual violence has less than a seven percent chance of having a woman handle their case.

Violence towards women and children is increasing – the stark figures of women experiencing violence, most often at the hands of men, speak for themselves. Brig. Gen. Sri Rumiati calls for an increase to a minimum of 10-25 percent female officers in the police force to assist the victims.

Anindya Restuviani, co-director of Hollaback! Jakarta, a website dedicated to stories of sexual harassment or violence experienced by women in public spaces, agrees there should be more female officers and equal opportunity for women to enter the police force.

“Considering the severity of sexual violence against women in Indonesia, and the limited numbers of women reporting, it is important for there to be more female officers. When a woman is raped by a man, and then has to face another man that seems to be more powerful than her, this is a problem,” she says.

However, these policewomen should be given training in how to deal with victims who have gone through traumatic experiences, Anindya adds.

Wulan Danoekoesoemo of Lentera Sintas Indonesia says that instead of asking victims why they don’t report sexual violence we should be making it safer for them to report and ask ourselves “What are we doing to listen and understand the victims instead of blaming them?”

The top two reasons as to why women are afraid of reporting are shame and fear of being blamed, she says.

“Who blames them? It’s us that blame them – so what needs to change is us, and how we view and treat the victims of these cases,” she says.

Tempo’s interns from the Queensland University of Technology and Universitas Pelita Harapan.