Home Statements SUARAM: Freedom of Expression is a Constitutional right! Arresting activists is detrimental to democracy! 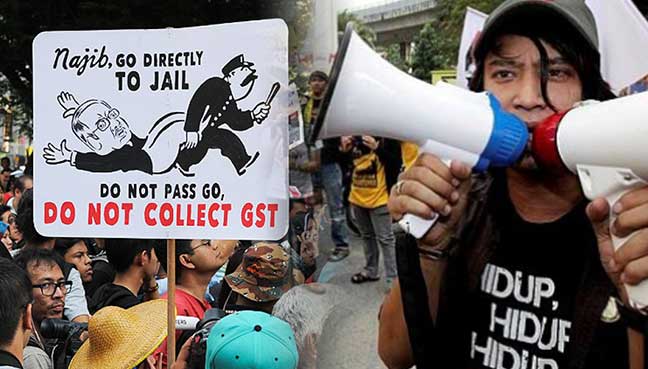 The peaceful assembly organized by a Youth non-governmental organisation (NGO) called Demi Malaysia ended with at least 30 of the participants (aged 14 to 69) were arrested under Penal Code 143, participation under unlawful assembly.

The peaceful assembly organized by a Youth non-governmental organisation (NGO) called Demi Malaysia ended with at least 30 of the participants (aged 14 to 69) were arrested under Penal Code 143, participation under unlawful assembly. One day prior to the assembly, three activists namely Adam Adli, Ahmad Syukri and Mandeep Singh were the first batch who were arrested and were currently held on remand for 6 days and 4 days respectively, for alleged breaching of the archaic Sedition Act. The excessive remand is absurd and unjustifiably, giving that 3 of them have cooperated with the police in investigations in their previous encounters. Authorities should be reminded that the remand period is limited by the seriousness of the offence, which, in this case 4 and 6 days are ridiculously harsh for claims that are not sustainable. This further indicated that the judiciary is not acting reasonably but indirectly penalizing the activists
The arrest of the activists and participants of assembly by the PDRM was a blatant disregard of the Rakyat’s Constitutional right. All the participants did was exercising a fundamental human right in voicing out against the alleged corruption on the 1MDB scandal and practicing their Constitutional rights provided in our Federal Constitution.

One of the protesters, Syukri was deceived by the police into the arrest while he was initially requested by the police to discuss the proposed rally in police station. The other protester Mandeep was remanded on the grounds that he had presented himself at Dang Wangi police station to support Adam Adli, despite attending another programme.

The PDRM were not only unprofessional but unethical in arresting the participants by denying their freedom to assembly and freedom of expression. The use of the Sedition Act on the activists is detrimental to the democracy and fundamental human rights but yet, the Act was widely use to silent dissenting voices. The PDRM ought to utilize their energy and resources to investigate and arrest those who involve in the alleged 1MDB scandal rather than focusing on arresting the whistleblowers.

Our Rakyat is currently seeking the truth behind so many unanswered questions in relation to 1MDB and the Police have an important role in combating the corruption but yet, all they did was to use the Sedition Act to silent dissenting voices of the civil society and democracy defenders. On one hand the PDRM are calling the Rakyat to work together in combating corruption and crime but on the other hand, they arrested and detained these three youngsters who are willing to corporate. It shows that the PDRM are acting contradictory to their words by undermining the right of the youngsters who want to see justice to prevail in the 1MDB scandal.

Why is the police willfully acted against our Federal Constitution to silent the voice of the youth? Why can’t they assist the younger generation in their rally for justice in order to seek the truth behind the 1MDB scandal?

It seems that Malaysia is moving further away from upholding fundamental Human Rights inclusive of Freedom of Expression, Freedom of Assembly, Right to Information and Media Freedom. This is shameful and totally against the commitment for a better democratic society. Police is used to protect the politicians’ political longevity instead of citizens’ security while the government is trying to instill a culture of fear into the society. In short, PDRM has failed Malaysians and their credibility is being called into question.

Therefore, SUARAM demands unconditional and immediate release of those arrested. The PDRM should assist the Rakyat in seeking justice and revealing the truth in particularly the truth behind the alleged 1MDB scandal but not otherwise. Respect the Federal Constitution and Universal Declaration of Human Rights and allow Freedom of Expression in Malaysia.

Abolish the Sedition Act! Release all the political detainees!