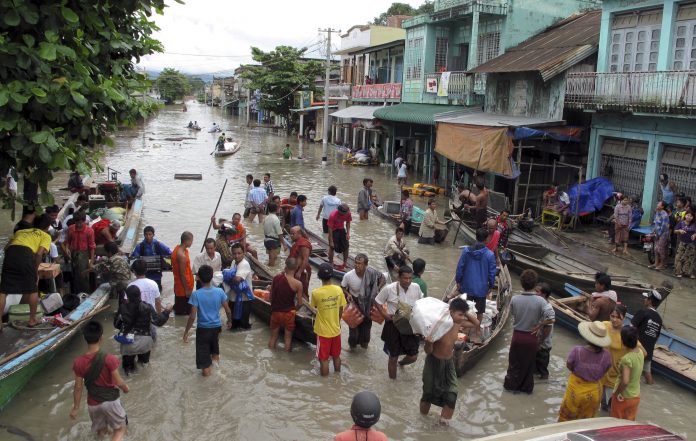 This statement was originally issued at a press conference organized by the Civil Society Organizations Forum in Yangon, Myanmar on 2 August 2015.

This statement was originally issued at a press conference organized by the Civil Society Organizations Forum in Yangon, Myanmar on 2 August 2015.

Eleven States and Regions of Myanmar are encountering inundation and deluges with millions of people facing flooding distress. The floods, that began two weeks ago, have affected hundreds of thousands of people in Sagaing, Bago and Ayeyarwaddy Divisions as well as in Kachin, Chin and Arakan States, and these areas are urgently in need of emergency relief and aid. Dozens of people have perished in the floods and more than eight hundred thousand acres of farmland are submerged, according to numerous reports.

Despite the emergency situation, the government has failed to release timely information on the extent of disaster in addition to having delayed efforts on preventive measures, rescue and relief work. The declaration of natural disaster in Chin State, Rakhine State, Sagaing Division and Magway Division on 31 July has been made too late. Although the government had established a National Natural Disaster Protection Central Committee and enacted the Burma Natural Disaster Management Law on 31 July 2013, it is incapable of carrying out speedy and effective actions in practice.

Moreover, weaknesses in provision of much-needed aid and inefficient rehabilitation measures for flood victims show the government’s failures in its responsibility to protect the people of Myanmar. Hundreds of thousands of flood victims are in dire need of relief aid, which has prompted the Myanmar Civil Society Organizations’ Forum to be extremely concerned.

Therefore we recommend the government to: