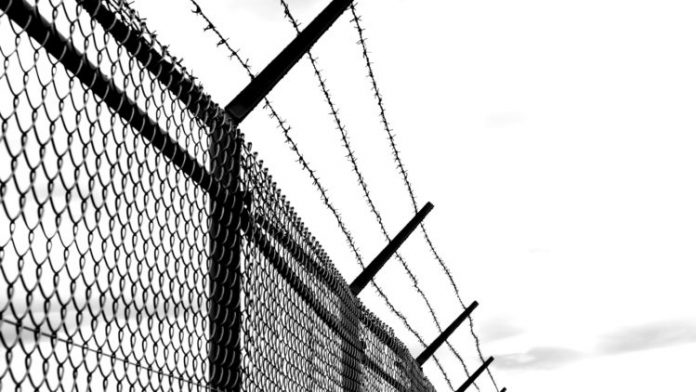 Parliamentarians from across Southeast Asia today expressed deep concern at reports of more than 100 deaths in Malaysia’s immigration detention centers in the past two years, and called for coordinated regional action to protect migrants, refugees, and asylum seekers in Malaysia and other ASEAN member states.

JAKARTA — Parliamentarians from across Southeast Asia today expressed deep concern at reports of more than 100 deaths in Malaysia’s immigration detention centers in the past two years, and called for coordinated regional action to protect migrants, refugees, and asylum seekers in Malaysia and other ASEAN member states.

“Refugees from across ASEAN flee to Malaysia for a better life, but instead end up trapped in detention centers run like death camps, consigned to deplorable conditions without access to basic services,” said APHR Vice Chair Mu Sochua, a member of the Cambodian National Assembly.

“Malaysia has a responsibility to recognize the status of refugees and not subject them to such cruel treatment. These are victims in need of protection, not further persecution. The least Malaysia’s immigration department can do is provide basic services to these vulnerable people and afford them basic human dignity, including by recognizing and addressing the needs of women, who face unique threats to their safety and dignity while in detention.”

On 30 March, Reuters reported on documents that revealed at least 118 reported deaths of detainees in immigration detention facilities in 2015 and 2016. The figures, which were obtained by Malaysia’s National Human Rights Commission (SUHAKAM), document victims from 14 countries, including five ASEAN member states.

A total of 63 of the dead – more than half of the reported cases – were Myanmar nationals, including many Rohingya asylum seekers who have fled state-sponsored persecution in Myanmar. An additional 18 were from other ASEAN countries, including Cambodia, Indonesia, the Philippines, and Thailand.

“The Malaysian government has been a strong ASEAN voice calling for regional action to end abuses against Rohingya in Myanmar, and officials should be commended for this effort. But Malaysia also must live up to the same principles and protect vulnerable populations at home, including migrants and asylum seekers, many of whom are Rohingya themselves,” said APHR Board Member Shwe Maung, a Rohingya and former member of the Myanmar Parliament.

Conditions in Malaysian immigration detention facilities have been described as “appalling” by at least one official from SUHAKAM, who suggested that the deaths may have been linked to poor sanitation and food, physical abuse, and inadequate medical treatment. Parliamentarians noted that food, water, and access to healthcare are fundamental human rights, which must be recognized, respected, and upheld by the Malaysian government. If authorities are unable to provide these basics, then they should not be holding refugees in detention and should instead work with the United Nations High Commissioner for Refugees (UNHCR), APHR said.

“The government’s argument of ‘budget brick wall’ as a defense for terrible conditions is absurd. It completely ignores the complaints of detainees being beaten and denied medical attention. Criminal charges should be brought against enforcement officers who have beaten detainees,” said APHR Chairperson Charles Santiago, a member of Malaysia’s Parliament.

“Such a state of affairs also points to the deeper problem of Malaysia’s substandard efforts to curb human trafficking, which must be addressed in order to prevent the country from becoming a regional center for trafficking.”

Parliamentarians urged ASEAN governments, especially those whose citizens have died in Malaysia’s detention facilities, to form a joint committee to address this crisis. APHR also called on Malaysia, as well as other regional governments, to sign and ratify the 1951 Refugee Convention. Only two ASEAN member states – Cambodia and the Philippines – have ratified the Convention.

SUHAKAM is scheduled to release a comprehensive report on its findings on Tuesday. In September 2016, the Commission called for inquiries into all deaths reported at immigration detention centers after five Cambodian and two Vietnamese detainees purportedly died in a holding center in northern Malaysia. Seven months later, the government’s response to the Commission’s recommendation has been sluggish.

“The government can no longer allow apathy to be the order of the day. Family members of the victims who inhumanely lost their lives while in detention have the right to justice,” Mu Sochua said.