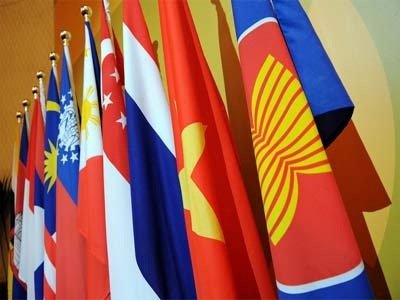 Open Letter to ASEAN Leaders: Recommendations from CSOs in Myanmar and in Southeast Asia to the Special ASEAN Summit on Myanmar

To: Leaders of the Member States of the Association of the Southeast Asian Nations (ASEAN)

In alignment with the upcoming Special ASEAN Summit on Myanmar on 24 April 2021, we, the undersigned 827 individuals, 402 civil society organisations in Myanmar and 470 in other Southeast Asian nations and globally, call on the ASEAN, its leaders and Member States to come up with an effective and sustainable strategy jointly with the United Nations Security Council, the United Nations Human Rights Council, the International Criminal Court (ICC), and other international community actors in addressing the illegitimate and brutal coup and atrocity crimes committed by the military junta in Myanmar.

We welcome the decision to hold the Special ASEAN Summit on Myanmar, based on the proposal made by President Joko Widodo of the Republic of Indonesia to discuss the worsening situation in Myanmar following the violent crackdown against peaceful protesters and the terror campaign against civilians launched by the junta. The decision hopefully constitutes a precedent and reflects the commitment of ASEAN Member States leaders to address Myanmar’s appalling situation using its highest-level policy-making body.

However, in view of ASEAN Member States’ differing positions on the coup in Myanmar, we remain extremely concerned that the ASEAN Summit’s response might  be to  consider the crisis as solely within Myanmar’s domestic affairs and therefore deciding to refrain from any meaningful action in line with the “ASEAN Way” of non-interference and overzealous respect for ‘state sovereignty’.

The differing positions of ASEAN Member States have made it difficult for ASEAN to reach a consensus and resulted in equivocations and delayed responses from ASEAN, while the military junta continued its deliberate, murderous attacks on Myanmar’s people, including various violence against women and girls, much to our sorrow and anger. As evidenced from the outputs produced by the Informal ASEAN Foreign Ministers Meeting (IAFMM), ASEAN responses fall well short of meeting the will of the people of Myanmar. The chair’s statement of the IAFMM meeting neither specifically publicly called out the junta’s brutality nor called for stronger cooperation with the UN Security Council and Human Rights Council. Further, it also fails to mention ASEAN’s commitment to supporting targeted economic sanctions against military personnel and business entities and global arms embargo and referral of the Myanmar situation to the ICC.

With the different interests and political will of ASEAN Member States at the moment, we are concerned to what extent the Special ASEAN Summit can create an immediate and meaningful intervention to resolve the situation of Myanmar. ASEAN’s collective and meaningful action to uphold democracy is warranted at this time. Any decision by the ASEAN leaders to treat the military junta as the legitimate representative of Myanmar in the Summit will serve to legitimize the military junta’s crimes and will thus damage not only the relationship of ASEAN with the peoples of Myanmar but the people’s movement for democracy and human rights in the region as a whole.

Further, the ASEAN and its Member States must recognise the legitimacy of the National Unity Government (NUG), the legitimate and democratically-elected government of Myanmar, given that it represents 76% of elected Members of the Union Parliament, ethnic leaders, the civil disobedience movement, and general strike committees endorsed by the people of Myanmar. Therefore, Myanmar must be represented by the NUG; not by the illegal junta who is trying to take full control of the country through its unprecedented brutality.

As we send this letter to the ASEAN Leaders, the violence and killings by the Myanmar military against protesters and supporters continue with no sign of abating. The junta have so far arbitrarily killed 739 and arrested 3,331 people, including women, elderly people and children.[1] In Karen and Kachin ethnic areas, the junta has been bombing villages, displacing more than 30,000 villagers.[2] In these bombing attacks, civilians including children lost their lives as well as faced difficulties not only about their safety, but also for health, shelter and food. Among those fleeing were women, children, elderly and pregnant women who are due to give birth. There was also a case of a woman who gave birth to her child while she was fleeing. Given the gravity of the situation, the increasing number of victims, and the impact of the crisis on the region’s security and political stability, we strongly urge ASEAN to take firm and effective actions to address the Myanmar coup through the Special ASEAN Summit.

We urge all ASEAN leaders to listen to, strongly consider, and to heed the aspirations and will of the peoples of Myanmar. The voices of Myanmar people who have risked their lives in defense of democracy and justice must be the anchor, the conscience, behind any modality and outcome of the Special ASEAN Summit on Myanmar.

Therefore, in solidarity with the people of Myanmar, we call on the ASEAN leaders to immediately take the following actions:

Only by moving beyond the “ASEAN Way” of consensus and non-interference can ASEAN intervene in the Myanmar situation in a meaningful and robust way. Myanmar is on the verge of becoming a failed state, and it is in ASEAN’s best interest to take a firm stance on these urgent and distressful developments. Failure to do so risks not only further damaging ASEAN’s reputation as an effective regional body that can meaningfully contribute to a solid, just, humane and viable community of nations but will undermine ASEAN’s efforts to achieve its vision and mission of a caring, just and peaceful community of nations and people.

[3] Due to safety and security reasons, names of individuals and civil society organisations based in Myanmar will not be disclosed.

For a PDF version of this open letter and its full list of endorsing organisations and individuals, click here.