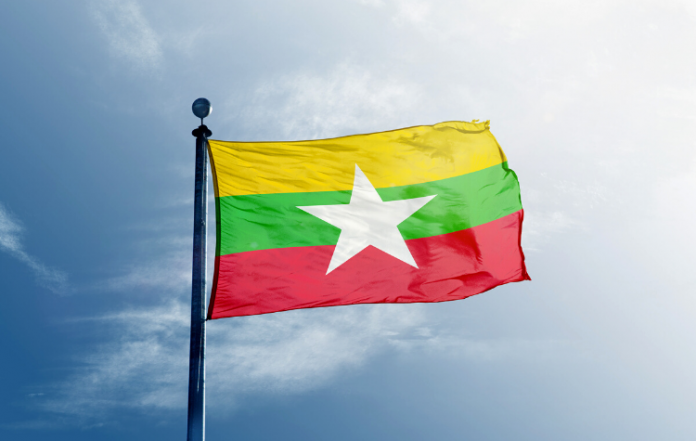 It has been just over a week since a Five-Point Consensus on Myanmar was reached at the ASEAN Leaders’ Meeting on 24 April 2021 between all ASEAN leaders and Senior General Min Aung Hlaing. Although the consensus called for an immediate cessation of violence in Myanmar, there have been at least 18 more killings and 246 more arrests by the junta since. Meanwhile, 3614 people remain in detention and at least 68 military airstrikes and violence are displacing thousands of civilians and causing many to flee to neighboring countries.

As civil society organizations from the ASEAN region, we acknowledge that it is an encouraging step that the leaders of ASEAN were able to meet in Jakarta to demonstrate that the situation in Myanmar requires a regional response. However, we would like to emphasize that ASEAN’s success in handling the crisis will be measured in how this consensus is actually turned into action at the earliest as possible.

To ensure that ASEAN positively contributes to improvement on the ground, ASEAN must first immediately set a clear timeframe for Commander in Chief Min Aung Hlaing to deliver on the points agreed, with a monitoring and enforcement mechanism to hold him accountable. For instance, we recommend that ASEAN suspends all official invitations to Myanmar until violence has ended and all political prisoners have been released. Without a proper enforcement mechanism, instead of bringing democracy and peace to Myanmar, ASEAN will be used by the Tatmadaw to prolong its rule and assert its power.

This is even more necessary, given the continued violence that has occurred since Saturday’s meeting and by the junta’s press release of 26 April, in which it says that “it will give careful consideration to constructive suggestions made by ASEAN Leaders when the situation returns to stability in the country since priorities at the moment were to maintain law and order and to restore community peace and tranquillity.” In other words, the junta will try to continuously delay on delivering on the points agreed until it has finished to brutally wipe out opposition to its illegal power grab.

Second, ASEAN must understand that “constructive dialogue” with Min Aung Hlaing must be limited to only bringing an end to the violence as well as immediately and unconditionally releasing all political prisoners, including President U Win Myint and State Counsellor Daw Aung San Suu Kyi. The release of all political prisoners is a necessary requirement for the cessation of violence or any form of dialogue to take place. The solution for the future of Myanmar also lies in the will of its people for a federal democracy and a civilian ruled military, not with a junta leader accused of committing war crimes, crimes against humanity, and the crime of genocide.

Therefore, we urge ASEAN to have a constructive dialogue with all relevant stakeholders and parties, and to immediately meet with the National Unity Government of Myanmar (NUG), which represents the democratically elected government and receives support from the majority of Myanmar’s people. Furthermore, it would be important that representatives of Ethnic Armed Organisations (EAOs) are included in further dialogue to ensure that all voices are heard by ASEAN.

Thirdly, we urge ASEAN to closely collaborate with the United Nations, and in particular the UN Security Council and UN Secretary General. The experience and knowledge of the UN in dealing with conflict situations can help strengthen ASEAN’s response. Although it is positive to see ASEAN leadership in responding to the current crisis, in the face of atrocity crimes, there is a global responsibility to find solutions and support ASEAN’s efforts. Close cooperation by the ASEAN Special Envoy and the ASEAN Secretary-General with representatives and mechanisms of the UN will be key to ensure that ASEAN’s response places human rights at its center.

Fourth, we highly recommend that the ASEAN Coordinating Centre for Humanitarian Assistance on disaster management (AHA Centre) closely collaborates with local community based and civil society organizations from Myanmar and relevant UN agencies such as the Office for the Coordination of Humanitarian Affairs (OCHA) to effectively provide aid in the country directly to the people in need. Given the scale of the aid required and the military having a history of blocking the delivery of humanitarian aid, collaboration with agencies experienced in running humanitarian operations in Myanmar will help ensure that ASEAN’s intervention abides by the principle of “do no harm”. We also urge neighboring countries, particularly Thailand, to allow those fleeing persecution and violence to cross its borders, seek asylum and receive humanitarian aid.

Fifth, ASEAN must finalize the nomination of the Myanmar Special Envoy at the earliest possibility, who must immediately after his or her nomination engage with NUG and EAOs and work towards putting in place all the recommendations set above at the earliest possible time. Three months after the coup, the region cannot afford more civilian deaths. Each day pushes Myanmar closer to collapse.

Lastly, we urge ASEAN’s Dialogue Partners and the international community to not recognize the military junta and call for the release of all currently arbitrarily detained, and engage and support ASEAN’s efforts to ensure it recognizes and engages with the legitimate government of Myanmar; that the above recommendations are implemented and that the Myanmar military adheres to the principles of human rights, democracy and fundamental freedoms, as enshrined in the ASEAN Charter and international human rights law.

ASEAN’s credibility depends on its ability to act timely and effectively to prevent Myanmar from becoming a failed state with spillover in the whole ASEAN region including outflows of refugees. As civil society organizations, we stand ready to offer support to ASEAN and will monitor the implementation of the commitments made by the ASEAN Member States, to hold all accountable until democracy is upheld in Myanmar and human rights are protected.