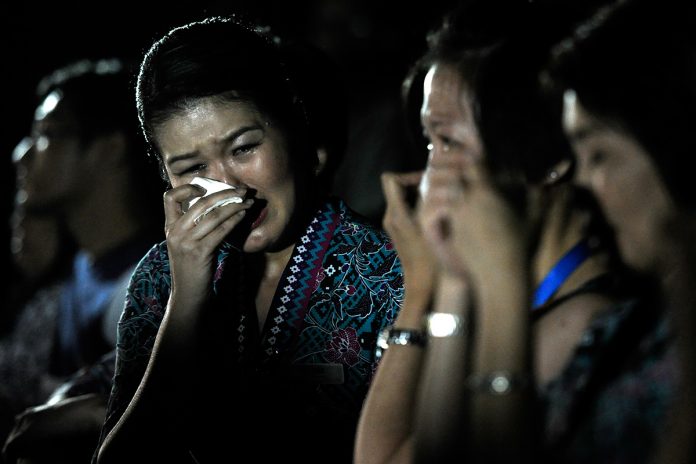 We, the  undersigned organisations, groups and trade unions are appalled with the Malaysian government’s current attempt to pass a law that will seriously undermine worker and trade union rights of employees in the Malaysian Airline System Berhad (MAS), the operator of Malaysia’s national carrier.

We, the  undersigned organisations, groups and trade unions are appalled with the Malaysian government’s current attempt to pass a law that will seriously undermine worker and trade union rights of employees in the Malaysian Airline System Berhad (MAS), the operator of Malaysia’s national carrier.

Not only will the consequence of the new law the loss of employment of all employees of MAS and its subsidiaries, but also the end of the existing trade unions and associations representing the employees of MAS. The law also opens the possibility of loss of regular employment until retirement, to be replaced by precarious forms of employment liked fixed term contracts or other even more precarious forms of labour practices which even evades direct employment relationship like the using of workers supplied by third parties.

Malaysian Airline System Berhad (Administration) Bill 2014 was tabled and 1st reading was on 26/11/2014, the 2nd reading was on 27/11/2014 and was speedily passed by the Dewan Rakyat on 27/11/2014. Now, it is on the agenda of the first day of the Senate sitting on 1/12/2014. There was really no time for anyone, including parliamentarians, to even study it, let alone comment or object to this Bill before it was speedily rushed through and passed at the Lower House of our Malaysian Parliament.

We may have no objections to MAS and its subsidiaries being taken over by the Malaysian government, or vide a government owned legal entity provided that the rights of the workers and their trade unions are respected and preserved. The current Bill, however, seems to totally disregard the rights and welfare of existing employees of MAS and its subsidiaries, or their unions.

Workers, unlike assets, cannot be transferred from one legal entity to another new legal entity. Thus, all the employees of MAS will naturally be terminated when the present MAS seeks to exist, and the Bill is silent on whether the new entity, Malaysian Airlines Berhad, will employ all these MAS employees without loss of tenure and benefits – or will they be abandoned with no employment?

The Bill makes it most clear that Malaysian Airlines Berhad (MAB) will be a new entity, and will not be an ‘assignee or transferee or a successor  employer’ (Clause 26). MAB shall not ‘be liable for any obligation relating to any retirement plan or other post-employment benefit plans in respect of the employees  or  former  employees…’, It shall also not be ‘liable for any sum which is calculated by reference to  a  period  of  time  prior  to  Malaysia  Airlines Berhad becoming  the  employer  of  the  person  in  question.’

‘The  Malaysia  Airlines  Berhad,  the  appointer  and  the Administrator  shall  not  be  named  as  a  party  in  any  claim or  application  made  or  joined  as  a  party  in  any  proceeding commenced  or  continued  by  or  on  behalf  of  any  employees  or former  employees  of  the  Administered  Companies  pursuant  to the  Industrial  Relations  Act  1967  [Act  177],  Employment  Act 1955 [Act 265], Sabah Labour Ordinance 1950 [Sabah Cap. 67], Sarawak Labour Ordinance 1952 [Sarawak Cap. 76] or the Trade Unions Act  1959  [Act  262].’ This means that MAB or the Administrator will not step into the shoes of MAS, or be liable, even in cases, including pending cases, between employees and trade unions and MAS. This will result in not just in loss of rights under existing labour laws, but also will result in employees and trade unions having to bear all loss of monies, time and effort sustained this far in the pursuance of justice.

MAB will be able to employ whoever and under what terms and conditions, as is stated in Clause 25, which states, ‘Malaysia Airlines Berhad may, in its  sole  discretion, offer employment to any person who immediately before the date of that offer is in the employment or service of the Administered Companies on such terms and conditions as the Malaysia Airlines Berhad  may  determine.’. The LIFO (Last In First Out) principle when it comes to employee reduction in cases of retrenchment can be ignored here, and there is every possibility that those worker and union leaders, and workers who stand up for rights, may all just not be employed by MAB.

Now, most of the 20,000 employees in MAS enjoy stable regular employment until retirement, but now the new MAB may use precarious forms of employment like short-term contracts, or even use the contractor for labour system to get third parties to supply workers without entering into a direct employment relationship with these workers at the airline.

The Bill, as it stands also will see the end of all trade unions of current employees of MAS, most of which   being in-house union of MAS employees, and also the end of enforceability of all collective bargaining agreements(CBA) with MAS. There seem to be an implied indication that future employees of MAB will enjoy the right of freedom of association and have trade unions.

The provision in the Bill may mislead some into believing that the existing trade unions of MAS employees will continue to exist once MAB takes over, but clearly this is not the case, Clause 28 is talking only about ‘any trade union duly recognized by the Malaysia Airlines Berhad’ and ‘any  association  recognized  by  the  Malaysia  Airlines Berhad’ – which implies that employees may have to once again form new unions and once again go through the process of seeking MAB’s recognition. Hence, this can be perceived to be a ‘union busting’ exercise done by way of the enactment of a new law.

Whilst Clause 14 says that ‘…any person is under a contract or obligation to provide goods or services or both…’ if retained, may be ‘at the same rate  as  would  have  been  paid’ by MAS, and this may cover employees but alas considering the later clauses that deal specifically with employees, MAB, even if they do employ former employees of MAS may not be paying the same wages, MAB will have the legal authority to stipulate new wages, benefits and terms.

Usually when a company is wound-up, what is due and payable to the employees is amongst the first to be settled, and as such this Bill is even more detriment to employees of MAS as MAB is free of these obligations to workers. Employees who are terminated will also most likely not be able to recover retrenchment/termination benefits provided for in law as MAS, even if it still exists, may most likely be devoid of capacity, assets and monies, and MAB, according to this Bill, clearly has no obligation to be responsible for MAS’s obligations to its workers.

The secrecy and the blitz manner in which this Bill has been tabled, passed and being made law is also wrong, when there really should have been prior discussion and agreements especially with regard the 20,000 over employees of MAS and their trade unions, who now are in a precarious position uncertain even about the future wellbeing and livelihood of these workers and their families.

For and on behalf of the following 24  civil society groups, trade unions and organizations