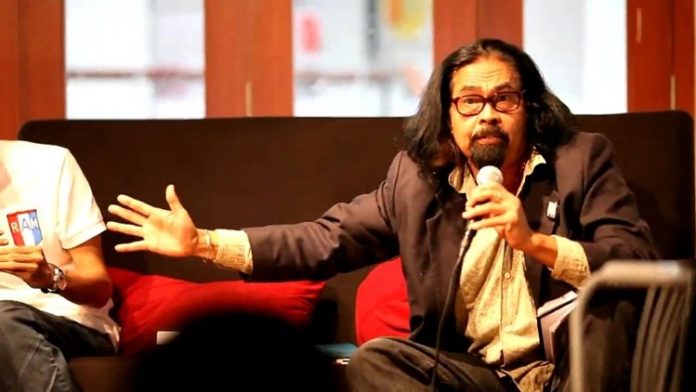 FORUM-ASIA condemns the Government of Malaysia’s illegal and arbitrary refusal to allow Hishamuddin Rais, a well-known social activist and member of Bersih 2.0 Steering Committee, to travel outside his country.

(Bangkok, 5 December 2015) – The Asian Forum for Human Rights and Development (FORUM-ASIA) condemns the Government of Malaysia’s illegal and arbitrary refusal to allow Hishamuddin Rais, a well-known social activist and member of Bersih 2.0 Steering Committee, to travel outside his country. This brazen violation clearly aims to create an atmosphere of fear among those who have been critical of the Government and muffle their right to freedom of expression.

FORUM-ASIA demands the Government of Malaysia to respect Hishamuddin Rais’ right to freedom of movement and provide legal explanation on why Hishamuddin Rais was refused the right to travel.

On 3 December, Hishamuddin Rais was scheduled to travel to South Korea as a part of FORUM-ASIA’s international human rights monitoring delegation. The delegation is expected to monitor a mass rally in Seoul on 5 December. However, he was not permitted to leave the Kuala Lumpur International Airport and was not given any valid reasons for this apparent travel ban.

Hishamuddin Rais’s travel ban has restricted his freedom of movement as stipulated in Article 9 of the Federal Constitution of Malaysia and also violated Malaysia’s international obligations under the Universal Declaration of Human Rights and International Covenant on Civil and Political Rights. It has also sent a threatening signal to other dissidents and activists who have been critical of the Government. It is even more worrisome that his travel restriction was directed on the same day that the parliament passed the controversial National Security Council Bill which contains a lack of clarity on the definition of an ‘enemy of the state’.

“One more repressive law introduced by the Malaysian Government is going to be used to hinder legitimate work of human rights defenders like Hishamuddin Rais. The restriction on freedom of movement such as travel ban without valid reason is a clear human rights violation,” says Sevan Doraisamy, Executive Director of Suara Rakyat Malaysia (SUARAM).

The travel ban on Hishamuddin Rais is just another crude tactic being used by the authorities to curtail the legitimate work of human rights defenders. Activists involved with organising the Bersih 4.0 rally – Maria Chin Abdullah, Mandeep Singh, Adam Adli, Nik Nazmi, and others – have been either charged under Sedition Act or Peaceful Assembly Act, and are facing judicial harassment.

“This is a very worrying trend since activists should not face any kind of risk or reprisal because of their legitimate human rights work. We are also deeply concerned that the travel restriction happened just over a week after the Malaysian government voted in favour of a UN General Assembly resolution on protecting human rights defenders. We would like to remind the Malaysian Government to stop any kind of harassment against them,” says Evelyn Balais-Serrano, Executive Director of FORUM-ASIA.

FORUM-ASIA is a Bangkok-based regional human rights group with 47 member organisations in 16 countries across Asia. FORUM-ASIA has offices in Bangkok, Jakarta, Kathmandu and Geneva. FORUM-ASIA addresses key areas of human rights violations in the region, including freedoms of expressions, assembly and association, human rights defenders, and democratisation.