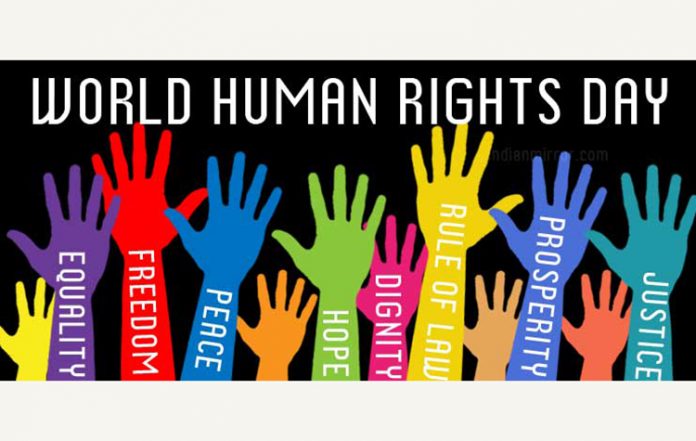 FORUM-ASIA joins the national and international community in celebrating today the 67th anniversary of the International Human Rights Day.

(Bangkok, 10 December 2015) – The Asian Forum for Human Rights and Development (FORUM-ASIA) joins the national and international community in celebrating today the 67th anniversary of the International Human Rights Day. Today, more than ever, FORUM-ASIA stands in firm solidarity with all human rights groups and movements that are restlessly striving for better promotion and protection of human rights in Asia.

This year also marks the adoption of the Sustainable Development Goals (SDGs) by the leaders of 193 countries. Being party to these lofty Goals, the leaders have reiterated their commitment to putting all efforts together to realise a development agenda that is guided by human rights principles of universality, participation, accountability, non-discrimination and equality. More recently, on 25 November 2015 the United Nations General Assembly adopted a draft resolution on “Recognizing the role of human rights defenders and the need for their protection”, highlighting the vital role of advocacy and work of human rights defenders in contributing to sustainable development.

However, the other side of the human rights coin is not benign. Civil society organisations and human rights defenders around the world continue to face constant threats and reprisals just because of their resolve to promote the respect for human rights in everyday life. From India to South Korea, the space for civil society is shrinking day by day. Human rights organisations are facing numerous restrictions imposed by various forms of repressive laws. As a result,  basic freedoms such as freedom of expression, assembly and association are severely curtailed. Human rights defenders, especially those working on issues of corporate accountability, land rights and environment issues, have been particularly vulnerable as Asia continues to report cases of extra-judicial killings, enforced disappearances and unfair trials.

As we celebrate the International Human Rights Day, it is worrying to note that many Asian Governments fail to live to their human rights commitments and obligations. The failure is glaring in their unwillingness or denial to investigate into the cases of human rights violations, establish accountability for the violations, and provide justice to the victims.

FORUM-ASIA believes that promoting the respect for human rights is a must to build a society based on equality, peace and justice. It reiterates its full appreciation and support to the efforts of human rights organisations, defenders, and other civil society groups to this end, and calls on all Asian Governments to take earnest measures to translate their human rights pledges into action. The Governments of Asia are reminded to: