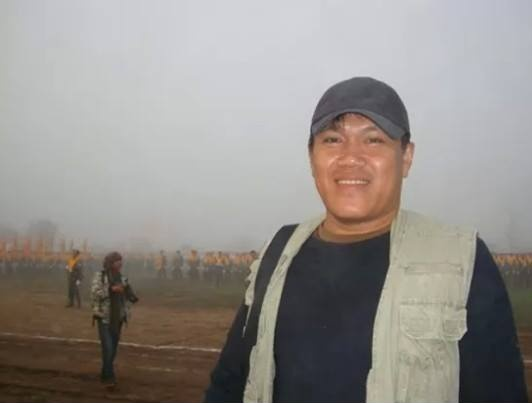 News of the murder of a journalist by the Burma Army while being held in custody should send shockwaves across the country and beyond, but sadly it is not much of a surprise for those who are aware of the abusive nature of the most powerful institution in Burma. What will transpire next will be a clear indicator of the Government’s will to pursue justice and end the impunity that the Burma Army has enjoyed for so long. Not many are optimistic.

Aung Kyaw Naing, also known as Ko Par Gyi, was a freelance journalist covering the recent clashes in eastern Burma between the Democratic Karen Benevolent Army (DKBA) and the Burma Army and its’ proxy Border Guard Force (BGF). After visiting Kyaikmayaw, Mon State, the scene of heavy clashes in September 2014, Ko Par Gyi went missing. His wife, Ma Than Dar, began to search for him and held a press conference on 21 October in Rangoon stating that he was being held in custody by the Burma Army and demanded his immediate release. Just a few days later, a statement was issued to the Myanmar Press Council (Interim) by an aide to commander-in-chief of the armed forces, Min Aung Hlaing, that detailed Ko Par Gyi’s death while in custody. The statement claims that Ko Par Gyi was a captain for the Klohtoobaw Karen Organization (KKO), the political wing of the DKBA, and was shot dead while trying to escape. The DKBA has denied that Ko Par Gyi was indeed a member of their organization.

What must happen now is a credible, transparent, independent investigation into the killing of Ko Par Gyi. As Shawn Crispin of the Committee to Protect Journalists expressed in a statement, “Civilian authorities must investigate the military’s accounting of his death, which has the initial hallmarks of a cover-up. Any soldier found responsible for his extrajudicial killing or mistreatment before his death must be prosecuted to the fullest extent of the law.” Yet the Burma Army remains an institution in which impunity is entrenched. This impunity is, in fact, enshrined in the 2008 Constitution. Under the 2008 Constitution, a courts-martial system was established which, under its mandate, military personnel are never required to appear in a civilian court. Under this courts-martial system, the highest power in the military justice system in Burma is Min Aung Hlaing, who can overturn any decision made.

This is simply not good enough. For Ma Than Dar, who has a daughter with Ko Par Gyi, the pursuit of justice will be arduous but she is determined, “I don’t want any wives or daughters to suffer like we suffer. I will proceed with the charges [against the army] for torture and death.” Furthermore, media networks and civil society will be in solidarity, as the demonstration against the killing in Rangoon over the weekend proves. The organizers of this demonstration issued a statement, signed by 46 civil society organizations expressing doubt over the realities presented by the Burma Army, and calling for an independent investigation, “We, the following democratic organizations, strongly call for immediate establishment of a commission of inquiry comprised of independent experts to seek truth about the incident, and take action against the perpetrator of the crime according to the law.”

Now the international community must also show solidarity with Ma Than Dar and pressure Burma to put an end to the impunity that the Burma Army enjoys. After all this is not an isolated case. Documented cases of extrajudicial killings, torture, rape and sexual assault perpetrated by the Burma Army are common in conflict areas throughout the country as outlined by the recent AAPP-B submission to the UN General Assembly. This high profile incident can serve as a catalyst to develop a narrative and the momentum to make the armed forces accountable to the people. It is also an opportunity for the Myanmar National Human Rights Commission to demonstrate that is not a toothless, non-independent institution and initiate a comprehensive investigation into the killing of Ko Par Gyi. In an increasingly restrictive media environment, journalists murdered by the Burma Army with impunity does not bode well for the future of freedom of expression, nor national reconciliation in Burma.