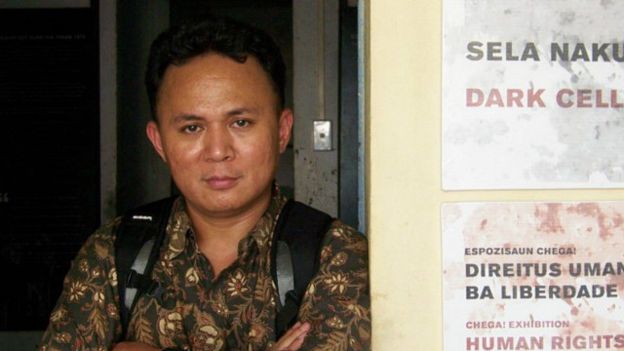 The Coalition urges the Malaysian Government, who has demonstrated this oppressive action, to ensure it will not happen anymore. The Coalition supports the civil society movements in Malaysia who are fighting for freedom and Malaysia to be free of corruption and human rights violations.

[Jakarta, January 7, 2016]  Indonesia Civil Society Coalition for ASEAN Community condemns the Malaysian Government for the deportation of a democracy and human rights activist from International NGO Forum on Indonesian Development (INFID), Mugiyanto Sipin by the immigration officers in Kuala Lumpur, Malaysia today. Mugiyanto was supposed to be the keynote speaker at the session of the People’s Movement Can Bring Change along with Maria Chin Abdullah of BERSIH 2.0 in a series of events of Yellow Mania which should be held from 6-10 January 2016 in Malaysia.

Unfortunately, upon his arrival at the Kuala Lumpur International Airport (KLIA) this morning, Mugi was not allowed to enter Malaysia and even was deported back to Indonesia immediately. The Malaysian Government action is contrary to the spirit of the new era of ASEAN Community, especially those who have threatened of their freedom of movement, freedom of thought, freedom of speech and expression.

Freedom of expression has always been violated by the authoritarian and corrupt regime. The incident which happened to Mugi is a clear picture of Malaysian Government under to put Prime Minister Najib Razak in that category. What was done by the Malaysian Government is similar to what the government of Soeharto’s New Order era to block the Indonesianists entering Indonesia.

These bans and deportations are very wounding ASEAN Community which sadly happened in Malaysia. In the context of the ASEAN Community, this action against the political and security cooperation agreement in the ASEAN Vision 2025 document: Forging Ahead Together, particularly at point 8.2:

“An inclusive and responsive community that ensures our people enjoy human rights and fundamental freedoms as well as thrive in a just, democratic, harmonious and gender-sensitive environment in accordance with the principles of democracy, good governance and the rule of law”

“Every person has the right to freedom of opinion and expression, including freedom to hold opinions without interference and to seek, receive and impart information, whether orally, in writing or though any other medium of that persons choice.”

The Coalition also said that under the leadership of Malaysia (2015), ASEAN has been failed to convince public that ASEAN is improving its efforts in demonstrating truly people oriented and people centered community. In the last year of the establishment of the ASEAN Community under the leadership of Malaysia, ASEAN was very slow to respond to humanitarian crises (emerging crisis) which occurred in the region, such as the human tragedy of Rohingyas (including expulsion of Rohingya refugees by some ASEAN countries). It is weakening the public’s confidence in the readiness of ASEAN into one community.

The Coalition urges the Malaysian Government, who has demonstrated this oppressive action, to ensure it will not happen anymore. The Coalition supports the civil society movements in Malaysia who are fighting for freedom and Malaysia to be free of corruption and human rights violations.

About the Indonesia Civil Society Coalition for the ASEAN Community

Indonesia Civil Society Coalition for the ASEAN Community consists of a number of civil society representatives of Indonesia, which consists of: