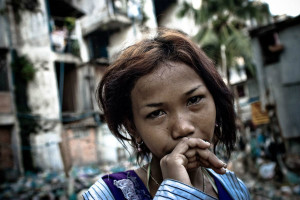 Renowned New York Times investigative journalist, Nicholas Kristof, has a receipt for two human girls. In 1996, he traveled to Cambodia to shed light on the truth behind the mysterious human trafficking industry and in 2004, Kristof brought back “proof” that slavery continues to exist in the 21st century with his receipt.

Renowned New York Times investigative journalist, Nicholas Kristof, has a receipt for two human girls. In 1996, he traveled to Cambodia to shed light on the truth behind the mysterious human trafficking industry and in 2004, Kristof brought back “proof” that slavery continues to exist in the 21st century with his receipt.

Since his visit in 1996, Kristof and his wife have been advocates for bringing awareness to the sex trafficking industry and have been working endlessly to make it stop. Kristof writes in the NY Times that this “industry” is not a solo endeavor. In other words, tourism, particularly Western tourism, has been the primary customer.

Kristof writes, “Americans and other Westerners helped build the child prostitution trade in Asia, and many of the brothel districts date from R&R breaks from the Vietnam War, or surround former American military bases. Now they sustain the trade with an appetite for what at home would be child molestation and rape. One result is a partnership between local people who run the brothels and Westerners like the one who posted an item on the Internet informing sex tourists that in Cambodia “a six-year-old is available for US$3.”

According to the UN Human Rights Report on Human Trafficking, “Cambodia is estimated to have between 50,000 and 55,000 women and girls in prostitution, about 35 percent of who are younger than 18 years old.” The report goes onto state that prostitution and sex trafficking are considered “illegal” in Cambodia, however due to the political instability of the country, the crime of prostitution and child prostitution are considerably overlooked, uniquely when it comes to high ranking political officials who have been known to bribe their way out of scandals and arrests.

The report also indicates that girls and women are seen as the primary breadwinners, “a cultural factor that contributes to the vulnerability of poor girls and families who do not have other economic measures in place.”

However, all is not lost. Because of organizations such as End Child Prostitution, Abuse and Trafficking in Cambodia (ECPAT Cambodia), more and more tourism agencies, hotels, and various organizations have undergone vast trainings and informative workshops on the detriment of human trafficking and prostitution. The NGO has produced annual reports, conferences, trainings, petitions, campaigns, and collaborations with organizations such as World Vision Cambodia, Save the Children Cambodia, Respect for Children, and many many more.

Through education, awareness, and constant investigation, we can also be tools in ending this dehumanizing industry. As Nichoals Kristof states, “So now I have purchased the freedom of two human beings so I can return them to their villages. But will emancipation help them? Will their families and villages accept them? Or will they, like some other girls rescued from sexual servitude, find freedom so unsettling that they slink back to slavery in the brothels? We’ll see.”