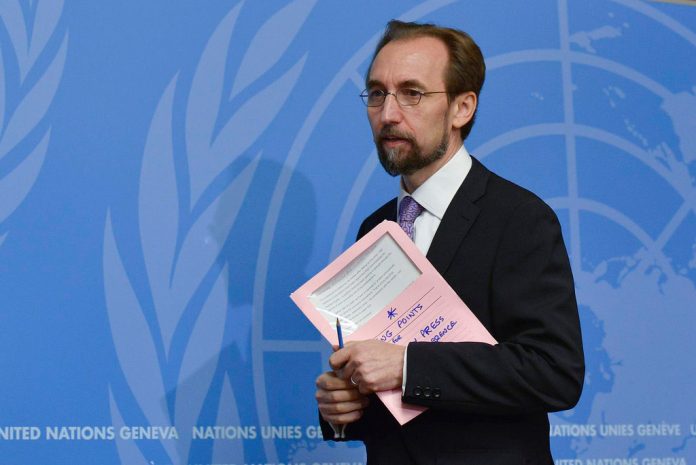 The top United Nations human rights official has expressed alarm at the Government of Thailand’s decision to bestow wide-ranging powers upon General Prayuth Chan-ocha – the leader of the military coup that deposed Thailand’s elected Government in 2014 and, currently, the country’s Prime Minister.

2 April 2015 – The top United Nations human rights official has expressed alarm at the Government of Thailand’s decision to bestow wide-ranging powers upon General Prayuth Chan-ocha – the leader of the military coup that deposed Thailand’s elected Government in 2014 and, currently, the country’s Prime Minister.

According to the Office of the United Nations High Commissioner for Human Rights (OHCHR), on 1 April, the Thai military Government was granted permission to revoke martial law and replace it with extraordinary powers under article 44 of the country’s Interim Constitution.

“Normally, I would welcome the lifting of martial law – and indeed strongly advocated for it to be lifted in Thailand,” Zeid Ra’ad Al Hussein, the UN High Commissioner for Human Rights, said in a news release.

“But I am alarmed at the decision to replace martial law with something even more draconian, which bestows unlimited power on the current Prime Minister without any judicial oversight at all. This clearly leaves the door wide open to serious violations of fundamental human rights.”

The new powers grant military personnel down to the rank of Second Lieutenant the ability to be appointed as so-called peace and maintenance officers with sweeping law enforcement powers, including to search, arrest and detain without judicial oversight. In addition, they are empowered to conduct any other action as determined by the National Council of Peace and Order (NCPO).

In the news release, OHCHR explained that Article 44 effectively allows the head of the NCPO, General Prayuth Chan-ocha, to issue “any legislative, executive or judicial order.” For his part, Mr. Zeid voiced unease that the NCPO order also “annihilates freedom of expression” – a concern reiterated yesterday by the UN Special Rapporteur on freedom of expression, David Kaye.

“It explicitly gives these military peace and order maintenance officers the authority to prohibit ‘the reporting of news’ or sale or distribution of books, publications, or any other medium that ‘may create public fear or are intended to distort news and information to cause misunderstandings which could affect national security or public order,’” the UN rights chief continued.

“Freedom of assembly also remains severely curtailed, with heavy punishment earmarked for protesters who gather in groups of more than five.”

“I urge the Thai Government to comply with its obligations under international human rights law and promptly restore normal civilian rule of law, as it pledged to do after the coup in May last year,” he concluded.