Home Statements Five Years of War: A Call for Peace, Justice, and Accountability in Myanmar 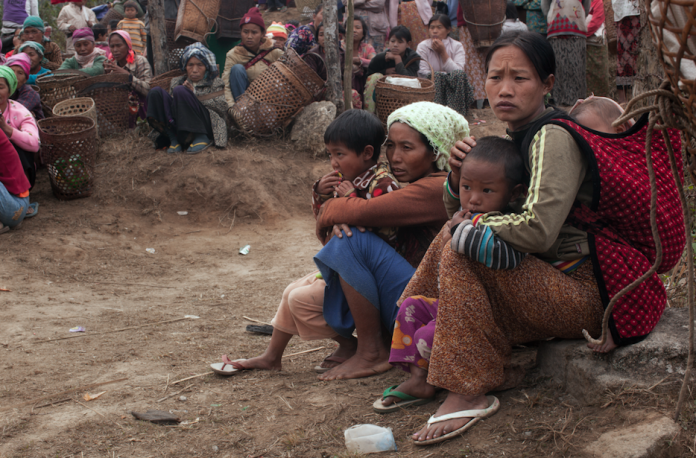 Although much of the world has expressed excitement over Myanmar’s political transition, communities throughout Kachin and northern Shan states have been living with severe human rights abuses and displacement for the last five years.

Although much of the world has expressed excitement over Myanmar’s political transition, communities throughout Kachin and northern Shan states have been living with severe human rights abuses and displacement for the last five years.

Since 2011, renewed armed conflict between the Myanmar military and the Kachin Independence Army (KIA) has displaced more than 100,000 civilians. In the conduct of the war, the Myanmar military has perpetrated severe human rights violations. International and community-based organizations have documented extrajudicial killings, torture, forced labor, rape and sexual violence, arbitrary detention, attacks on civilians and non-military targets, and pillaging of property. These abuses have been perpetrated with near-complete impunity. Some of the abuses may amount to war crimes and crimes against humanity under international law.

Forced into dozens of displacement camps, entire communities have lost their homes, livelihoods, and belongings. Displaced populations continue to face avoidable deprivations in humanitarian aid. The Myanmar government and military have denied humanitarian organizations unfettered access to displaced populations, and funding for Kachin-led aid groups has been insufficient to meet the needs of displaced communities. Unnecessarily delaying travel authorizations to the displacement camps in government controlled areas and entirely restricting access to KIA-controlled areas for humanitarian actors has led to severe consequences for people in need of support.

Displaced families lack adequate food, healthcare, education, water and sanitation, and shelter. Some displaced families now eat one meal per day due to irregular delivery of food rations. Preventable illnesses have resulted in needless death. The dearth of funding for schools and teachers is depriving children of adequate education, stunting the development of an entire generation. As the rainy season approaches once again, war-affected displaced populations are still struggling to live in unsafe conditions in which they have no protection against wind and rain. Today, there is no meaningful prospect for displaced communities to return home safely or rebuild their lives with dignity.

June 9, 2016 marks the five-year anniversary of the resumption of armed conflict in Kachin State—a date that ended a 17-year-long ceasefire. The Nationwide Ceasefire Agreement (NCA) negotiated under former President Thein Sein failed to end the war, and the prospects for an inclusive peace agreement remain distant.

Today, we the undersigned organizations call for peace, justice, and accountability in Kachin State.

First and foremost, we request that the Myanmar military immediately end all offensives in Kachin and northern Shan states, and we urge President Htin Kyaw and State Counselor Aung San Suu Kyi to immediately authorize universal and unfettered access for humanitarian groups to all affected areas. The military and authorities should provide safe, sustained, and unhindered access to all areas of affected populations to allow humanitarian organizations to give necessary help and support.

To ensure the future promotion and protection of human rights, the government should ratify without delay key human rights treaties, including the Convention against Torture and Other Cruel, Inhuman or Degrading Treatment or Punishment as well as the Rome Statute of the International Criminal Court.

The government should ensure an inclusive peace process that involves all actors and prioritizes human rights. Furthermore, it is vital for the achievement of a sustainable peace that women play an active role in this peace process.

Today, we express our solidarity with the suffering and struggle of communities and families throughout the war-affected areas and we do so in the spirit of peace, justice, and accountability, which we believe go hand in hand. We call upon the government and military to end the war in Kachin State.