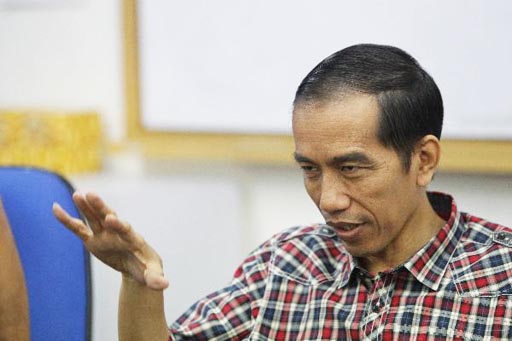 “President Widodo’s campaign promises in the area of human rights have rapidly disappeared from his agenda,” said FIDH President Karim Lahidji. “His first 100 days in office have been a great disappointment for activists, human rights defenders, and victims of human rights violations who believed Jokowi represented a radical break from his predecessors.”

Paris, Jakarta, 29 January 2014: Indonesian President Joko Widodo has regrettably failed to live up to his human rights campaign pledges during his first 100 days in office, FIDH and its member organization KontraS said today. Joko Widodo, widely known as ‘Jokowi’, was sworn in as Indonesia’s seventh President on 20 October 2014.

“President Widodo’s campaign promises in the area of human rights have rapidly disappeared from his agenda,” said FIDH President Karim Lahidji. “His first 100 days in office have been a great disappointment for activists, human rights defenders, and victims of human rights violations who believed Jokowi represented a radical break from his predecessors.”

Mr. Widodo made the fight against impunity for past abuses one of his key human rights pledges during his presidential campaign. However, once in office, President Widodo has failed to initiate any investigation into allegations of serious human rights abuses committed by the military and law enforcement agencies during Indonesia’s recent past.1

On the contrary, on 22 January 2015, Attorney General HM Prasetyo, appointed by President Widodo, suggested that the government would not prosecute those responsible for past human rights violations.

Justice remains elusive with regard to the murder of human rights defender Munir Said Thalib on 7 September 2004. While three persons were convicted in connection with Munir’s murder, the government has not made any attempt to identify, prosecute, and punish those who actually planned and ordered Munir’s death. On 28 November 2014, Pollycarpus Priyanto, the convicted murderer of Munir, was released from prison after being granted parole 15 days earlier. Pollycarpus served eight years of his 14-year jail term for the murder of Munir.

President Widodo’s appointment of Ryamizard Ryacudu as Defense Minister has made the prospect of accountability for past human rights violations committed by Indonesia’s security forces more remote. Ryamizard is a former Army general who oversaw military operations against pro-independence movements in East Timor, Aceh, and Papua. All of these military campaigns resulted in serious human rights violations against civilians, including extrajudicial killings and torture.

During the first 100 days of President Widodo’s administration, security forces have continued to commit serious human rights abuses in complete impunity. On 8 December 2014, security personnel in Madi District, Paniai Regency, Papua Province, used lethal force to disperse a crowd that gathered to protest against an incident involving soldiers and a group of children during the previous night. Five unarmed civilians were shot dead and about 20 others were injured in the worst act of state violence in the restive province in recent years. On 27 December 2014, President Widodo announced that the government would form a fact-finding team to investigate the killings. However, to date, no progress has been made to identify those responsible for the 8 December deadly attack.

Human rights defenders remain at risk of harassment and arbitrary detention. In a particularly high-profile case, on 23 January 2015, authorities arrested and detained for several hours prominent human rights activist and deputy chief of the Corruption Eradication Commission (KPK) Bambang Widjojanto on charges of instructing witnesses to perjure themselves during a Constitutional Court hearing in 2010. The arrest was believed to be an act of retaliation for the KPK’s naming of National Police Chief appointee Budi Gunawan as a suspect in a money laundering case on 13 January 2015. The KPK’s action effectively forced President Widodo to delay Budi’s appointment.

In addition, President Widodo has squandered the opportunity to make any progress on the abolition of the death penalty. Instead of implementing a moratorium on executions, President Widodo has repeatedly ruled out an amnesty for drug traffickers facing execution. In early December 2014, President Widodo refused to grant clemency to six inmates, including two women, who had been found guilty of drug trafficking. On 18 January 2015, despite massive international calls for clemency, the six were executed by firing squad. According to official figures, there are 130 inmates currently on death row, 58 of whom were convicted for drug trafficking.

“If he is serious about making Indonesia a modern democracy that upholds human rights, President Widodo must quickly change tack and put the fight against impunity and the respect for international human rights standards at the center of his policies,” said KontraS Executive Director Haris Azhar.

FIDH and KontraS reiterate their call for President Widodo to take significant steps in order to address Indonesia’s key human rights challenges based on the 10-point agenda that the two organizations laid out when Mr. Widodo was declared the winner of the presidential election.

[1] Key events include: The massacre in Talangsari Village, Lampung Province, where at least 47 local villagers were killed and 88 disappeared in February 1989; the May 1998 riots in North Sumatra, Jakarta, and Central Java; the abduction and torture of 23 pro-democracy students in 1997-1998; and the killing of at least 19 students and protestors by security forces at Jakarta’s Semanggi intersection in two separate incidents on 13 November 1998 and 24 September 1999 (commonly known as Semanggi tragedy 1 & 2).