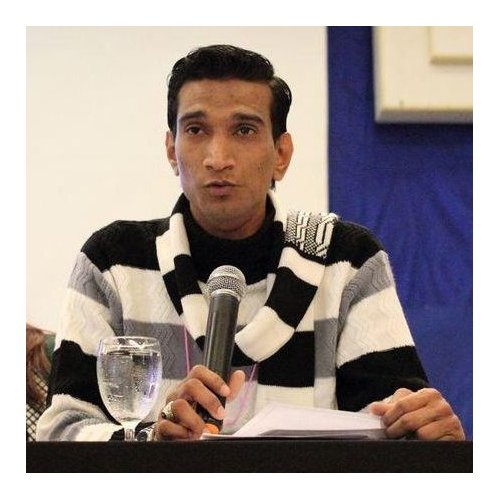 ASEAN Civil Society Conference (ACSC) / ASEAN People’s Forum (APF) 2015 Malaysian National Organising Committee and SUARAM strongly condemns the arrest, detention, deportation and violence behavior against Aung Naing Win, better known as Shine, the Myanmar based human rights activist that has been campaigning for democracy and interfaith relationships/marriages in his country. He was deported back to Myanmar on 23 January 2015, 2 days after his flight landed in Malaysia.

Shine, a Burmese Muslim, works as a Country Coordinator for Malaysian Relief Agency (MRA) in Myanmar as well as a Founder and President of Interfaith Youth Coalition on Aid in Myanmar. Shine was on his way to participate in the third regional consultation meeting for ASEAN Civil Society Conference (ACSC) / ASEAN People’s Forum (APF) 2015, held in Selangor on 23 and 24 January. The ACSC/APF is an annual forum of civil society organisation in ASEAN Member States, which is held as parallel meeting to the ASEAN Summit of Heads of State. And this year, a coalition of Malaysian civil society organizations coordinated by SUARAM and Pusat KOMAS are hosting the forum in Malaysia.

Shine arrived at Kuala Lumpur International Airport on the night of 21st January at around 8.15 pm and was stopped and detained by the immigration department. The immigration officer, however, did not inform Shine why he was denied entry to Malaysia. When first asked by Shine’s friend, the immigration officer explained that it was a case of mistaken identity because he shares the same name as another person on the blacklisted name list. The immigration department said that they would investigate the case and release him the next day. Nonetheless, when contacted again the next morning, the immigration officer took a different stance and held that Shine is blacklisted and will be deported back to Myanmar. This came as a shock as Shine has been travelling abroad with legitimate documents and he is a frequent traveller to Malaysia for meetings with MRA and for ASEAN People’s Forum regional consultations meetings without any issues from immigration.

When contacted, Shine allegedly reported that he was not given any food and water by the officer for more than 12 hours. Shine further said when he asked for food and water from immigration officer in the midnight, instead of attending to his need, the officer named “Fiqri” allegedly slapped and punched him in from of all other 100 over detainees. Shine’s attempt to rationalise with the officer was blatantly ignored and worst yet, the beating and punching went on and on. After the first phone call to Shine on 23 January morning, the immigration officer had then prohibited lawyers and friends from speaking to Shine for “security” reasons.

We strongly object to such ill-treatment and abuse of power by the immigration department. Whatever the allegations against him, the immigration officers, have no rights under national or international law to abuse Shine and deny him his rights. Such blatant abuse of power is unacceptable, unwarranted and unjustifiable. There are absolutely no legitimate grounds for blacklisting Shine or detaining him. It is ludicrous to hold a human rights activist as a threat to “security” and subject him to ill-treatment by enforcement officers

Malaysia has had a horrendous track record in its brute treatment and gross abuse of power, especially by law enforcement officers, towards foreigners, be it asylum seekers, refugees or migrant workers. The inhumane action and blatant disregard of national laws guarding individual liberty by the immigration department is in fact convicting a widespread belief that the officers had failed to uphold their role as public servants. Instead, such abusive behavior, by the officers is in fact a threat to our freedom and liberty that were fundamental to a healthy and democratic society.

Such incident should not have happened especially since Malaysia is now the Chair of ASEAN and will be hosting a series of important ASEAN meetings in Malaysia, including two ASEAN Summits in 2015. The act of the Immigration Department of Malaysia is not only shameful, but a serious violation of the ASEAN Charter that guarantees respect and protection of human rights for all ASEAN citizens. As the Chair of ASEAN, the government must lead by example and uphold the ASEAN Charter by investigating and bringing the immigration officers accountable for violent abuse and ill-treatment against Shine to justice.

The ACSC/APF 2015 Malaysian National Organising Committee and SUARAM also calls on the government to investigate and explain publicly the blacklisting, arrest and detention of Shine. Otherwise, Shine should be removed from the blacklist.