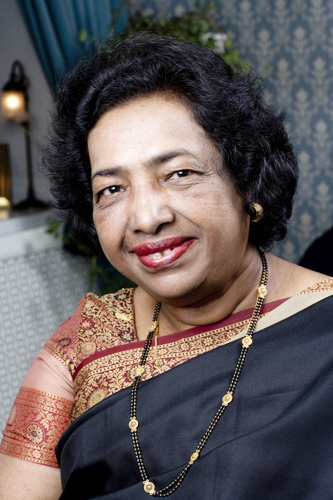 Malaysian activists and leaders paid tribute to Tenaga­nita director Irene Fernandez, who died yesterday (31/03).
Rumah Nur Salam founder Dr Hartini Zainuddin said Fernandez, 67, was the most “amazing” person she had ever met and one who was filled with conviction in defending her causes.
“She was a leader and she believed in protecting the rights of all. She didn’t sway from anything although there was a lot of pressure on her from various quarters,” Dr Hartini said.
Fernandez passed away at 10.58am from heart failure.
She was hospitalised in the Coronary Care Unit of the Serdang Hospital last Tuesday after suffering breathing difficulties on her way to the Bersih People’s Tribunal on the 13th General Election.
Younger sister Aegil described her as a person who was filled with compassion and had a sense of humour.
Subang MP R. Sivarasa said Fernandez was totally committed to the rights of the poor and the underprivileged, particularly women’s and migrant rights.
“She was not the kind of person who would be cowed by threats against her,” said Sivarasa, who represented Fernandez in court several times.
Suhakam commissioner James Nayagam said Fernandez was a strong human rights advocate and was the voice for victims of human trafficking.
Tributes also poured in via Twitter and Facebook from lawyer and former Bersih chairman S. Ambiga, Mercy Malaysia founder Dr Jemilah Mahmood, Gerakan Youth chief Tan Keng Liang and MCA central committee member Chew Kok Woh.
Her decades of work earned her well-deserved accolades, and in 2005, Fernandez was nominated for the Nobel Peace Prize.
Although she did not take home the Nobel, Fernandez was bestowed the prestigious Right Livelihood Award for her “outstanding and courageous work to stop violence against women and abuses of migrant and poor workers”.
The tireless activist also had many roles outside of Tenaganita, from being a Bersih steering committee member, a PKR supreme council member, and at one point the chairman of Pesticide Action Network Asia and Pacific (PAN-AP).
Fernandez’s work had also courted controversy, leading to her being arrested and charged with “maliciously publishing false news” in 1996 over a report about the living conditions of migrant workers in detention centres.
She was convicted and sentenced to a year’s prison by the magistrate’s court after a trial spanning seven years. She did not need to serve her sentence as the court allowed a stay pending her appeal, which she won in 2008.
Source: www.thestar.com.my
Images Source: malaysiafinance.blogspot.com