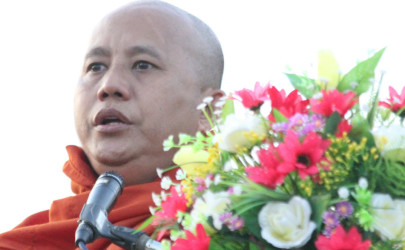 On 15 September 2015, the foreign embassies of Australia, Canada, Denmark, France, Norway, Japan, Sweden, the United Kingdom, and the United States of America issued a joint statement calling on the Burma Government to ensure transparency in the 2015 elections.

On 15 September 2015, the foreign embassies of Australia, Canada, Denmark, France, Norway, Japan, Sweden, the United Kingdom, and the United States of America issued a joint statement calling on the Burma Government to ensure transparency in the 2015 elections. The focus of their announcement highlighted a growing concern amongst observers of Burma’s transition towards democracy, “As the campaign in Myanmar officially begins, however, we, as international partners invested in the success of this country and these elections, are concerned about the prospect of religion being used as a tool of division and conflict during the campaign season.”

The statement was released on the heels of the Union Election Commission’s (UEC) decision to exclude certain candidates from taking part in the upcoming 2015 elections. While the “vetting” process is not uncommon for potential parliamentary candidates, critics of the exclusions noted that they disproportionately targeted Muslim minority representatives, notably the Rohingya. This move by the UEC will likely prevent the Democracy and Human Rights Party, a major representative for Muslims in Arakan State and around Burma, from participating whatsoever in the upcoming elections.

The Ministry of Foreign Affairs in Burma has since responded to the joint statement, claiming that it could, “bring about unwarranted, negative impacts on the efforts being made by all the people of Myanmar.” Disturbingly, the Ministry has instead chosen to “categorically reject” the statement made by the embassies on the grounds that it is sowing discord within the society in Burma in the lead up to the 2015 elections.

A key driving force observed in the repression of religious minorities has been the ultra-nationalist Buddhist organization, Association to Protect Race and Religion, otherwise known as the Ma Ba Tha. Led by the extremist Buddhist figure Wirathu, the organization recently celebrated the passing of the controversial Race and Religion Protection Laws. The passing of this legislation in such a short matter of time is a clear sign of the influence held by the organization over the Burma Government. To be clear, this legislation has been condemned for being flagrantly discriminatory towards ethnic and religious minorities, namely Muslims, and for imposing sexist birth-planning requirements on women.

Barely transparent in their influence over Burma’s politics, the Ma Ba Tha took the time to urge voters against casting a ballot in favor of the National League for Democracy (NLD) parliamentarians who voted against the passing of the race and religion protection laws. Maw Kyun Sayardaw, the Deputy Secretary for the extremist group used the idiomatic expression “prawn’s brain” – often used in Burmese society as an insult or to undermine someone who is perceived as unintelligent – to describe the NLD stating, “Although the laws are for the good of the people, we will lose votes when trying to pass similar laws in the future if there are many MPs that are like ‘prawns’ in a future Parliament.”

As Burma quickly heads towards the date of the 2015 elections, 8 November, there is growing concern that the Ma Ba Tha will use their political and social influence to incite violence against those deemed to be acting against their agenda, whatever that may be. In 2012, extremist and anti-Muslim ideology contributed towards the persecution of Rohingya throughout Arakan State, which resulted in hundreds of deaths, the systematic burning of homes, and the eventual displacement of 140,000 people.

For the November 2015 elections to be free and fair, there must be absolutely no room for discrimination against religious minorities. The Burma Government must adhere to the statement issued by the foreign embassies and provide transparent reasoning for the dismissal of Muslim representatives as parliamentary candidates. In addition, the growing influence of the hateful Ma Ba Tha must be addressed, and the group must be kept an arm’s length from the 2015 elections. Any involvement on their part is sure to bring about further disenfranchisement of Muslims, hateful propaganda, and even violence.

The international community has invested a lot in the 2015 elections in the hope that they will be free and fair – unlike the fraudulent elections of 2010. Similarly, people of Burma, both within the country and abroad, are hopeful that the 2015 elections will finally mark the beginning of Burma’s transition to democracy. While Burma’s diverse civil society has worked hard to ensure that the upcoming elections produce positive results, it is now the time for the Burma Government to be held accountable to their promises and prove that they have the genuine political will to transfer the country into a functioning democracy. Otherwise, the international community must prepare to take effective measures, including revising their current policy and strategy in engagement with Burma.