Home Statements Burma: Open Letter to the Permanent Representatives of Member and Observer States of the UN Human Rights Council 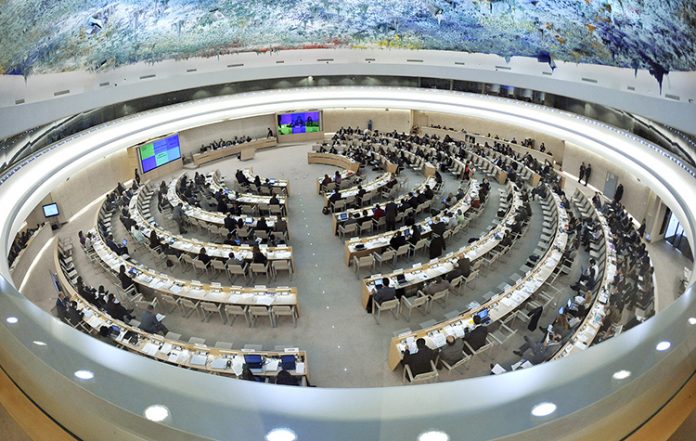 We strongly urge you to continue the UN Human Rights Council resolution on Burma/Myanmar and as in past years extend the mandate of the Special Rapporteur under Item 4 of the Council’s agenda.

We write to you regarding Burma/Myanmar as civil society groups working on the ground in the country. We strongly urge you to continue the UN Human Rights Council resolution on Burma/Myanmar and as in past years extend the mandate of the Special Rapporteur under Item 4 of the Council’s agenda. At this important juncture in the country’s history, we request the Council and the Special Rapporteur to work towards establishing clearly benchmarked guidelines that will act as a road map for the future of human rights in Burma/Myanmar.

Burma/Myanmar’s political transition is at the cusp of a new era, however this era is yet to come and a full transition is yet to take place. It is at such moments that we look to the Council for heightened vigilance and support. These moments are fragile and years of hard work can be easily derailed at such a time in the absence of close scrutiny and monitoring.

When the Council considers Burma/Myanmar this year, the newly elected government would not have fully settled in and the extent of democratic civilian control still remains limited. Under the 2008 Constitution, the military is guaranteed 25% of Parliamentary seats; control of three key and powerful ministries; extensive powers through the General Administration Department (GAD) under the Ministry of Home Affairs; and has the upper hand in the powerful National Defense and Security Council (NDSC). Constitutional safeguards also prevent elections from truly being free, fair and credible while ensuring the military remains impervious to change. Recent legislative initiatives, such as the proposed NDSC bill, approval of the Presidential Security bill and extension of the military commander in chief’s retirement age by a further five years, are further bids to shore up the military’s power. Until the military is reformed, placed under civilian control and held accountable for its actions, it will remain the main perpetrator of human rights abuses.

In the coming months, as we approach a potential point of departure for politics in the country, it is important to recognise that beneath the political transition there lies an enormous human rights challenge.

As you may know the government’s pledge to release all political prisoners by 2013 is yet to be fulfilled. 2015 ended with 128 political prisoners still behind bars while 403 activists and human rights defenders awaited trials. The year 2015 saw an increased crackdown on dissent and the freedom of association. Notorious laws such as the Article 18 of the Peaceful Assembly and Procession Act and the Telecommunications Act remain prone to abuse alongside a draconian criminal code. Institutions such as the judiciary and the Myanmar National Human Rights Commission need urgent reforms to ensure their independence and impartiality. The military drafted 2008 Constitution in its current form entrenches impunity and enables the Burma Army to control all walks of life through its position in key ministries. Such fundamental institutional changes will require close monitoring and assistance by UN experts as well as public participation.

Serious ongoing armed conflict and escalating forced displacements, particularly in ethnic areas, makes a mockery of the peace process including the Nationwide Ceasefire Agreement (NCA). The armed conflict continues to displace victims by the thousands and has affected most of these communities for many decades alongside widespread abuses including torture, sexual violence and extrajudicial killings, all of which still continue at present. This is in addition to the thousands of refugees along the Thailand-Burma/Myanmar border who continue to be displaced with little prospects for a safe and dignified return. The military continues to exert an iron grip on ethnic minority states and is the largest perpetrator of abuses, including the systematic use of sexual violence. A former UN special rapporteur on the situation of human rights situation in Burma/Myanmar called for an inquiry into war crimes and crimes against humanity in the country and said that abuses were “a state policy that involves authorities in the executive, military and judiciary at all levels”. The recently signed NCA and the following Union Peace Conference have not signalled any possibility of change.

In the past few years intolerance and religious extremism have been rife in Burma/Myanmar. Systematic discrimination imposed through legislation and state policy on Muslim minority communities is notable in this regard. The intensity of this discrimination provoked a massive regional refugee and humanitarian crisis last year, encompassing parts of South Asia and a major part of South East Asia. To date, the root causes for their persecution and flight are yet to be resolved.

Deeply entrenched conflicts have to be resolved and truth, justice and accountability need to be established. This is once again a task of massive proportions that will require extensive international assistance, monitoring and expertise.

We believe that it is imperative for the UN Human Rights Council to play a leadership role in this momentous time in the history of Burma/Myanmar. The Council should utilise its long experience of engaging with the country as it continues its nascent transition and political reforms toward democracy. In order to do this the body should continue its current engagement under item 4 of its agenda and take advantage of this historic moment to provide a clear vision and roadmap to tackle the massive human rights challenges Burma/Myanmar faces. The government of Burma/Myanmar should in tandem take immediate steps to facilitate the opening of the long pending Office of the United Nations High Commissioner for Human Rights (OHCHR) with a full monitoring and reporting mandate within the country.

Please accept the assurance of our highest consideration.