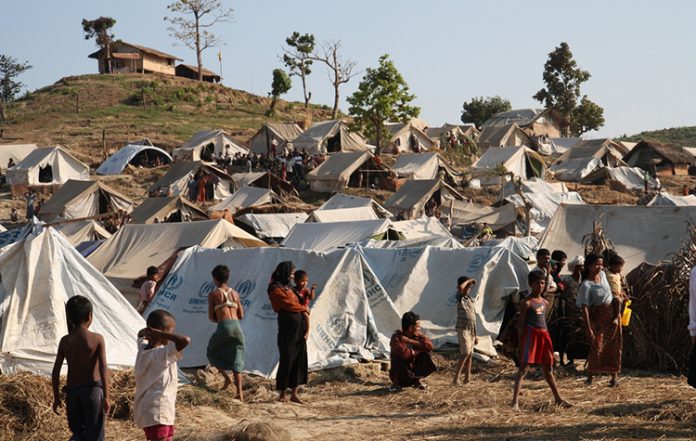 FORUM-ASIA expresses deep concern over the reported mass atrocities, killings and displacement of Rohingya community. FORUM-ASIA calls upon the Government of Burma/Myanmar to ensure the protection of the Rohingya people, one of the most marginalised minorities in the country.

(Bangkok, 13 December 2016) – The Asian Forum for Human Rights and Development (FORUM-ASIA) expresses deep concern over the reported mass atrocities, killings and displacement of Rohingya community. FORUM-ASIA calls upon the Government of Burma/Myanmar to ensure the protection of the Rohingya people, one of the most marginalised minorities in the country. The Government must respect the human rights of the Rohingya people, and other minorities, in accordance with the international human rights standards and peremptory norms of international law.

FORUM-ASIA further calls on the Government to immediately ensure access for human rights organisations, humanitarian aid workers and journalists to Rakhine State and allow them to conduct a thorough investigation into the allegations of on-going human rights violations. Failure of the Government to do so will reflect on its insincerity and inability to promote and protect the human rights of the Rohingya and other ethnic minorities in the country.

Recent refugee streams out of Rakhine State are a serious cause for concern. According to the International Organization for Migration (IOM),[1] in the last two months more than 21,000 Rohingyas have arrived in Cox Bazar, Bangladesh to seek refuge. Many of the refugees reported torture, mass killings and rape by security forces in Rakhine State. A recent report[2] of the United Nations High Commissioner for Human Rights presented at the 32nd Regular Session of the UN Human Rights Council (UNHRC) in June this year, highlighted ‘acts described [in the report] would suggest a widespread or systematic attack against the Rohingya, in turn suggesting the possible commission of crimes against humanity if established by a court of law’.

These and other reports of grave human rights violations taking place in the area can no longer be ignored. However, reporters and representatives of civil society and international organisations are barred from visiting Rakhine State due to the ongoing military operation there. Similarly, the combination of lack of development, natural disasters and the ongoing conflict has led to a humanitarian crisis. Humanitarian aid groups are hardly allowed into Rakhine, resulting in further aggravation of the crisis, including malnutrition and widespread diseases.

On 25 March 2013 Adama Dieng, the Special Adviser of the UN Secretary-General on the Prevention of Genocide already warned in a statement[3] that failing to address the issue between Rakhine Buddhists and Rohingya Muslims could have ‘serious consequences which the international community has solemnly promised to prevent’. In November 2016, he pointed out that ’the current restrictions on access to Northern Rakhine State, which prevent verification of the allegations, are contributing to suspicion and alarm. Denying the allegations without allowing for their verification is counterproductive’.

FORUM-ASIA calls on the UN to take both the warnings of its Special Adviser and the High Commissioner seriously and pressure the Government to take action. FORUM-ASIA additionally demands the State Parties of the Convention on the Prevention and Punishment of the Crime of Genocide to also push for an independent investigation into the situation in Rakhine. The Government of Burma/Myanmar should start by allowing journalists and human rights organisations to work freely and report on the alleged abuses.

FORUM-ASIA further urges the Association of Southeast Asian Nations (ASEAN), including the ASEAN Intergovernmental Commission on Human Rights (AICHR), to pressure the Government of Burma/Myanmar to stop the gross human rights violations in the country.

The inability of the Government to address the crisis in Rakhine State is an indication that the country is still not abiding with democratic values and international obligations. The transition process from a military run Government to democracy, after almost 25 years, is an achievement in itself. However, the country should reflect that by fully complying with international obligations on the promotion and protection of human rights of all its people. It could start by completely opening its doors to human rights activists, humanitarian aid workers and reporters everywhere in the country. By allowing scrutiny, it can show that it is serious about promoting and protecting the rights of all people within its borders.