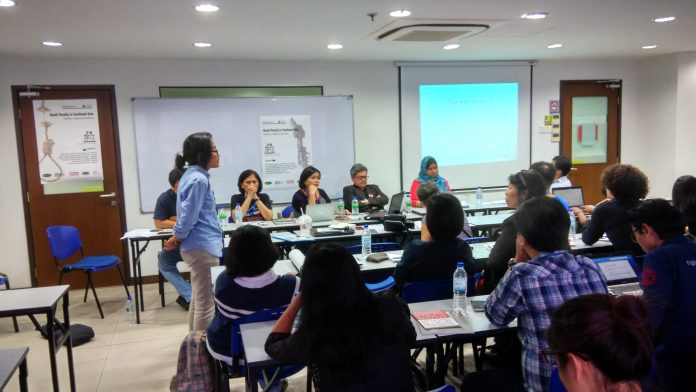 “At the ASEAN level, a strict application of the non-interference principle, which emphasises on the respect for state sovereignty, in the context of the death penalty is no longer relevant as the death penalty is an issue of all countries,” said Rafendi Djamin, the Representative of Indonesia to the ASEAN Intergovernmental Commission on Human Rights (AICHR).

Civil society organisations from ASEAN countries are urging the grouping’s governments to impose an immediate moratorium on the use of the death penalty with a view of completely abolishing the greatest violation of the right to life – state-sanctioned killing.

“At the ASEAN level, a strict application of the non-interference principle, which emphasises on the respect for state sovereignty, in the context of the death penalty is no longer relevant as the death penalty is an issue of all countries,” said Rafendi Djamin, the Representative of Indonesia to the ASEAN Intergovernmental Commission on Human Rights (AICHR). He noted that a regional trend towards a moratorium had begun. Singapore had taken a step towards a moratorium and Malaysia had expressed intentions to consider it. He added that the AICHR would continue its thematic study of the right to life which will be accompanied by awareness-raising activities within ASEAN countries, including organising a workshop with the judiciary in ASEAN.

On abolition, the Philippines’ Human Rights Information Centre’s Executive Director, Dr Nymia Pimentel-Simbulan, said that a crucial strategy which led the Philippines to abolish the death penalty – making it the first country in Asia to do so – was active mobilisation of stakeholders. This, she said included civil society organisations, the Catholic church, members of the diplomatic community including the European Union, anti-death penalty champions in the Philippine Congress, families of death row inmates and victims’ families against the death penalty.

“Another key strategy that resulted in abolition was comprehensive research on crime statistics and the history of the death penalty’s use that made up a legislative kit used during debates in Congress,” she said. “Public awareness and education campaigns as well as case studies of women on death row were among other effective strategies which led to abolition”, she added.

The workshop’s speakers presented various practices and trends in the region’s use of the death penalty and discussed the possibility of bringing the agenda of abolishing death penalty to the ASEAN level, especially via the AICHR as the body with the mandate to promote and protect human rights in the ASEAN region.

Think Centre’s Executive Secretary, Ted Tan, in giving an overview of the use of the death penalty in Singapore, said that the latest statistics recorded 21 executions since 2007. He shared that the moratorium on executions (2011-2014) did not occur because of Singapore undergoing the UPR in 2011 but more likely due to the negotiations with the European Union over a free trade agreement. In fact there were 4 executions in 2011, prior to the UPR session.

He said, “We can expect executions to still continue in Singapore, since the government tightened the definition of capital punishment’s usage and the amended laws were enacted in 2013. Additionally the negotiations on the FTA were mostly completed by then. So to the Singapore administration’s mind, it was probably business as usual.”

He concluded that the death penalty is now likely to be imposed on cases of heinous crimes like murder, and the number of executions for convicted drug traffickers should be smaller in the future.

Puri Kencana Putri of the Commission for the Disappearances and Victims of Violence (KontraS) briefed the workshop participants of its six-month fact-finding mission on recent executions in Indonesia, where serious loopholes were found with how the death sentence was meted out. “Elements of torture, mistaken identity, and delay in deaths for up to 15 minutes during an execution were recorded,” she said.

Puri noted Indonesia’s strong policy on how the government interprets “most serious crimes”, where the definition encompasses drug trafficking, adding that “anti-death penalty activists cannot rely on rhetoric to win the battle against the death penalty in Indonesia.” The way forward, she said, should include an evaluation of anti-drug agencies in relation to their donors, as well as an increase in public education programmes.

Another Indonesian speaker, Jakarta National University sociologist, Dr Robertus Robet, pointed out that the use of the death penalty was escalating under the administration of Indonesia’s Joko Widodo.

“Six individuals were executed within his first 100 days in office. Another 10 individuals currently housed in the Nusa Kambangan Island prison are expected to be executed in the near future. If plans move forward with the next round of executions, which include French nationals, there would be a bigger hit back to the Jokowi policy.”

In closing, Atnike Nova Sigiro, ASEAN Programme Manager of FORUM-ASIA, emphasised “the importance of institutional and legal reform as well as a change of culture and values that encourage retaliation and vengeance, for which regional solidarity is indispensable”. As one of the organizers she added, “The ASEAN People’s Forum is one important venue to bring solidarity in abolishing death penalty in this region”. “Now in Indonesia, a Philippines citizen, Mary Jane Veloso is one among the list of persons to be executed soon. The conference calls for solidarity from the people of ASEAN to call on the government of Indonesia to stop the execution of Mary Jane and also for other inmates on the list” Atnike concluded.