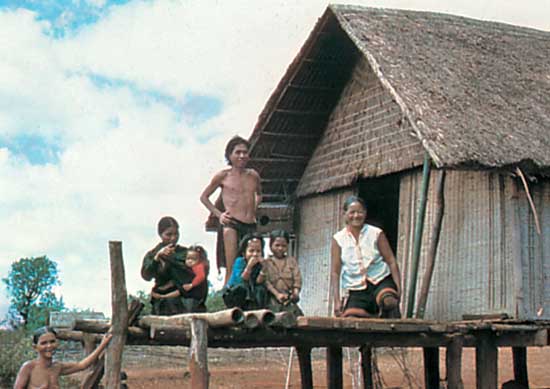 The Asia Pacific Refugee Rights Network (APRRN) expresses its profound concern over the fate and potential refoulement of 13 Vietnamese Montagnards from Cambodia and urges the Cambodian Government to allow them to present their claims for asylum.

The Asia Pacific Refugee Rights Network (APRRN) expresses its profound concern over the fate and potential refoulement of 13 Vietnamese Montagnards from Cambodia and urges the Cambodian Government to allow them to present their claims for asylum. This call has also been made by other human rights groups, including the United Nations High Commissioner for Refugees (UNHCR) and Human Rights Watch. It has been reported that Cambodian police are currently searching for 13 Vietnamese Montagnards who are hiding in Ratanakkiri province after recently fleeing from Vietnam. According to The Cambodian Daily, ‘Deputy provincial police chief Chea Bunthoeun vowed to deport the “illegal immigrants” if they were caught,’ indicating that these asylum seekers are at risk of being forcibly repatriated to Vietnam where they face risk of persecution.[i]

The Montagnards – an ethnic minority from the Central Highlands of Vietnam – have suffered both religious and political repression, dating back to the 1960-1970s when they supported US armed forces during the Vietnam War. Human Rights Watch has highlighted prolonged and systematic oppression, discrimination and persecution of the Montagnards by the Vietnamese Government including “arbitrary arrests, beatings and torture, and conviction to long prison terms on trumped up charges”.[ii] Such evidence supports APRRN’s concern that these 13 Montagnards will be persecuted upon their return and indicates that Cambodia would be violating its obligation of non-refoulement if it deports these asylum seekers.

Cambodia has a poor track record when it comes to protecting vulnerable people that have sought refuge inside their borders, and this would not be the first time Cambodia knowingly forcibly repatriated asylum seekers who faced a great risk of persecution. On 19 December 2009, in advance of a visit by the then Vice President of China, Xi Jinping, the Cambodian Government forcibly repatriated 20 ethnic Uighur asylum seekers to China, before their claims for asylum had been fully examined. This forced repatriation occurred in spite of protests by the international community, including UNHCR and civil society.

As a signatory to the 1951 Convention on the Status of Refugees and the 1967 Protocol, Cambodia must uphold the principle of non-refoulement. This is the absolute foundation of asylum and international refugee law and forms an integral component of customary international law. Article 14 of the Universal Declaration of Human Rights outlines that the international community must ensure that all persons enjoy access to human rights, including the rights to life, freedom from torture or cruel, inhuman or degrading treatment or punishment, and liberty and security of person. Since 2009 the Cambodian Government has taken direct responsibility for assessing all asylum applications after establishing a dedicated Refugee Office under the Ministry of Interior. Cambodia should reaffirm its commitment to the 1951 Convention and to the rule of law by allowing these asylum seekers to participate in the refugee status determination process in Cambodia and by providing the asylum seekers with an adequate opportunity to have their claim evaluated in accordance with Cambodia’s due process obligations. By forcibly returning these vulnerable persons back to Vietnam, Cambodia would be placing them at significant risk of torture and/or other forms of cruel, inhuman or degrading treatment or punishment, possibly even death in Vietnam.

Furthermore, if Cambodia breaches its international obligations in this manner, Cambodia will be further proving that its agreement with the Australian Government is founded on invalid assurances that the Cambodian Government takes its refugee obligations seriously. Earlier this year, the Cambodian and Australian governments signed a Memorandum of Understanding Relating to the Settlement of Refugees in Cambodia. This MoU outlined that refugees currently held in detention on Nauru would have the option of being voluntarily resettled to Cambodia should their refugee claim be accepted and guaranteed that the Cambodian Government would provide adequate protection to refugees within its borders. The current situation with the Montagnards, and the subsequent actions of the Cambodian Government, will reveal whether or not Cambodia is truly committed to protecting and upholding the rights of refugees.

APRRN urges the Cambodian Government to: