Home Statements APHR: Regional parliamentarians blast the rejection of Rohingya candidacy in Myanmar, call for decision to be overturned 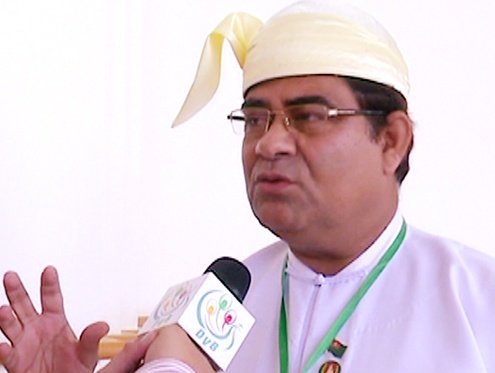 Parliamentarians from across Southeast Asia have spoken out against the Myanmar authorities’ recent decision to prevent current Member of Parliament U Shwe Maung from running for reelection this November.

JAKARTA – Parliamentarians from across Southeast Asia have spoken out against the Myanmar authorities’ recent decision to prevent current Member of Parliament U Shwe Maung from running for reelection this November.

Calling for the decision to be overturned, ASEAN Parliamentarians for Human Rights (APHR) said today that the move defies basic logic, sets a dangerous precedent for the continued disenfranchisement of Rohingya, and directly undermines the credibility of upcoming elections.

On Saturday, Shwe Maung, who is also an APHR board member, received word that the local election commission in Maungdaw Township, Rakhine State, had denied his application to run for reelection to the lower house as an independent candidate. Despite his more than four years as a member of parliament and documented evidence to the contrary, the commission claimed that Shwe Maung, who is Rohingya, is not a citizen and that he is therefore ineligible to run for office.

“The election commission’s claims are beyond ridiculous. And what’s more, this decision actively undermines the democratic process,” said APHR Chairperson Charles Santiago, a member of parliament in Malaysia. “The right to stand for election is as fundamental as the right to vote and cannot be denied on the basis of religion or ethnicity.”

Santiago added that the fact that Shwe Maung currently serves as an elected representative alone should confirm his eligibility to run.

“It is clear that the decision to reject his candidacy is nothing more than another attempt by authorities to disenfranchise and persecute Rohingya—part of a broader government-backed campaign to drive them out of the country entirely,” said Santaigo.

Rohingya in Rakhine State are already denied basic rights, including freedom of movement, and regularly suffer from abuses by state authorities.

Following government decisions earlier this year, hundreds of thousands of Rohingya have been removed from voter rolls and will likely be unable to cast ballots in the upcoming general election. This comes despite the fact that Rohingya were eligible to vote in previous elections, including in 2010 and 2012.

“This mass disenfranchisement completely undermines the idea that the upcoming vote will be even remotely free and fair,” said Santiago. “The Myanmar government can’t claim that elections are at all credible if a million people are prohibited from participating in the process and candidates are prevented from running based on their ethnic background.”

“We must speak with one regional voice on this issue,” Santiago continued. “At a fundamental level, this decision, along with the broader disenfranchisement of the Rohingya population, represents a grave threat—not only to minority rights, but to the future of democracy in Myanmar. It must be overturned.”