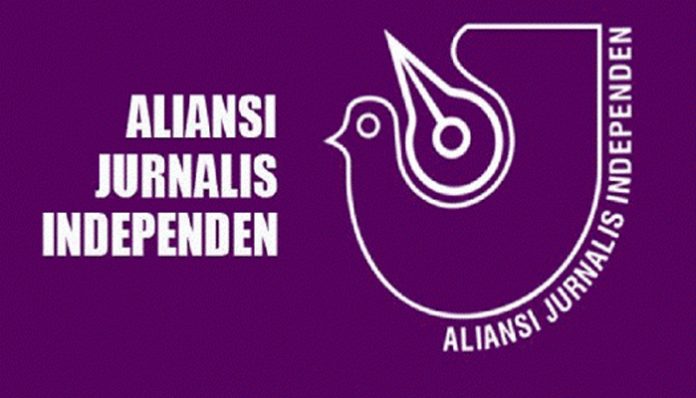 Whilst Indonesia played host for World Press Freedom Day (WPFD) May 3, not all foreign journalists are welcomed with open arms to the country. A few days following the world class event, Indonesian immigration authority had expelled eight foreign journalists who were reporting in the country. Two were driven out of Jakarta, the other six from Papua. They were accused of conducting illegal journalism activities since they did not hold journalist visas.

Whilst Indonesia played host for World Press Freedom Day (WPFD) May 3, not all foreign journalists are welcomed with open arms to the country. A few days following the world class event, Indonesian immigration authority had expelled eight foreign journalists who were reporting in the country. Two were driven out of Jakarta, the other six from Papua. They were accused of conducting illegal journalism activities since they did not hold journalist visas.

The two journalists expelled from Jakarta were identified by the Alliance of Independent Journalists (AJI) sources as Vilhelm Stokstad (photographer) and Axel Kronholm (reporter), both from Sweden. The six journalists who were told to leave Papua were working for a production house in Nagano, Japan.

Stokstad and Kronholm were followed by Jakarta immigration officers after covering the May 5 rally organized by the National Movement to Safeguard the Fatwa of Indonesian Council of Ulemas (GNPF MUI) in the area around the Istiqlal Mosque. The two men were approached at a restaurant before being apprehended and detained at the immigration office. They were questioned separately. During the course of the interrogation, the two journalists were forced to delete all images taken during the rally, especially shots showing flags brought by the crowd. Stokstad and Kronholm were also asked not to publish any material about the rally.

“They threatened to blacklist us if we publish or talk about this,” Stokstad said. The officers argued that news about the rally might “give the wrong idea” about Indonesia.

The two journalists were then accompanied back to their apartment. There the immigration officers photographed the passports of both journalists and repeatedly said that their reporting of the rally had been illegal since they did not hold any media permit. Stokstad and Kronholm had since left Indonesia.

Stokstad told AJI that he and Kronholm had put a lot of effort into obtaining journalist visas prior to their arrival in Indonesia; a process that had taken them over a month. The complicated application process required them to name their sources and obtain a letter of acceptance from the Indonesian counter terrorism agency BNPT.

“We were told by BNPT that we were not supposed to apply for the acceptance letter ourselves. The [Indonesian] embassy [where the journalist visa application was filed] had to make the contact since it is an internal affair,” Stokstad told AJI.

However, on informing the embassy of this, Stokstad and Kronholm were told that their journalist visa application had been dropped.

AJI sources revealed that at the May 5 rally at least two Jakarta-based foreign journalists were forced by immigration officials to show their press cards, which were then photographed.

Meanwhile Kyodo News reported that six Japanese journalists had been arrested on Wednesday, May 10,  in Wamena, a city in Jayawijaya, Papua. They had been in the process of shooting a documentary video of the indigenous tribes Mamuna and Korowai in southeast Papua. Two Indonesian guides who were accompanying the journalists were also apprehended, although they had subsequently been released. After they had been detained for questioning for a whole day, the Japanese journalists were told to leave Indonesia on the following Thursday, May 11.

AJI President Suwarjono said that the expulsion of the eight foreign journalists showed that Indonesia is not yet thoroughly accessible for journalism activities, particularly by foreign journalists. The existence of a “clearing house” involving a number of ministries and government agencies to screen journalists coming to Indonesia has cast a shadow on the country in the eye of foreign media.

“Information received by AJI revealed how complicated and time-consuming the process of applying for journalist visa,” Suwarjono said on Monday, May 14. “In the case of the two Swedish journalists, for instance, they were asked to reveal their sources and list of interviewees, and to obtain a letter of acceptance from the counter-terrorism agency BNPT.”

Suwarjono added that the mechanism works as a government instrument to limit the number of journalists reporting live from the country. Worse, the “clearing house” mechanism is not transparent, since it is not based on clear legal grounds. “By opening a wide access for foreign media, Indonesia stands to gain an advantage. Foreign journalists are one of the gateways for positive information about Indonesia. And in the event that any negative information is reported, the government will have the opportunity to openly clarify,” he said.

By shutting down reporting access, Suwarjono added, the government had only put itself at a disadvantage. Barred from direct sources and actual facts, foreign media would have to rely on information from other sources which might be inaccurate.

“The Internet has made all information accessible. It is absurd that there is still this barrier to physical access. The media would still receive the same information from other sources.”

With Papua in particular, Suwarjono said that the expulsion of the six Japanese journalists only added to the province’s  long list of cases of violence against journalists. On May 1, just two days before the 2017 WPFD, a journalist became a victim of violence in Papua. Yance Wenda, a journalist for Koran Jubi and tabloidjubi.com was beaten by the police while reporting the arrest of activists of the National Committee of West Papua (KNPB).

Three days before that, on April 28, three television journalists from Metro TV, Jaya TV and TVRI experienced intimidation while covering a trial in Wamena District Court. An unknown group of visitors surrounded them, questioning them and forcing them to delete their footage of the trial. Police witnessed the entire incident but didn’t intervene.

Throughout 2015 and early 2016, only 15 foreign journalists were granted access to Papua, according to the Alliance of Independent Journalists (AJI) Jayapura chapter. Radio New Zealand International journalist Johnny Blades needed three months to get his visa approved to enter Papua, and was denied a response by the police and military for his story, according to Tabloidjubi.com. Radio France journalist Marie Dumieres was closely monitored by the police when she was working on her story in the province. In March, Franck Jean Pierre Escudie and Basille Marie Longchamp, journalists for The Explorers Network, were deported.

From May 2016 through April 2017, The Alliance of Independent Journalists (AJI) Indonesia recorded 72 cases of violence and intimidation against journalists, including 38 incidents of physical assault. In nine cases, journalists were forced to delete their photos or footage.

For the Indonesian version of this article, click here.