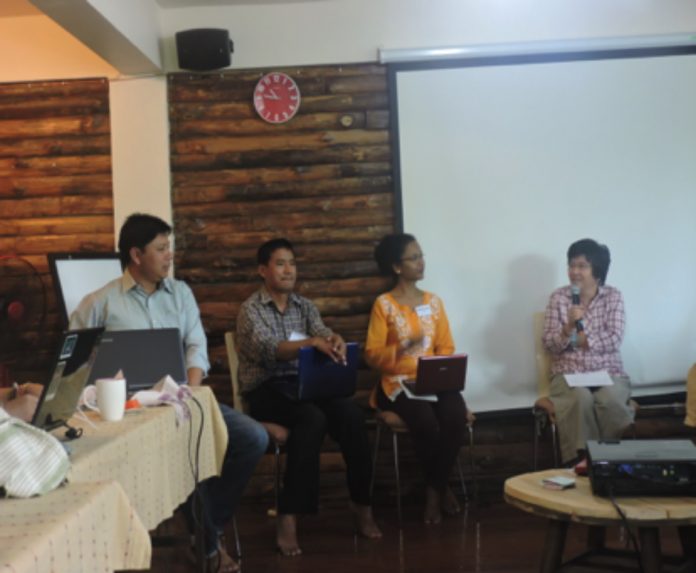 14 indigenous activists from 13 member organization of Asia Indigenous Peoples Pact (AIPP) and the members of the Regional Capacity Building (RCB) Programme Committee of AIPP came together in Chiang Mai, Thailand on 7-10, April 2015 for the Participatory Learning Review Workshop and the RCB Programme Committee Meeting

14 indigenous activists from 13 member organization of Asia Indigenous Peoples Pact (AIPP) and the members of the Regional Capacity Building (RCB) Programme Committee of AIPP came together in Chiang Mai, Thailand on 7-10, April 2015 for the Participatory Learning Review Workshop and the RCB Programme Committee Meeting. In this activity, they discussed the overall achievements of the AIPP’s capacity building activities and identified the needs and gaps for improvement in term of its responsiveness and appropriateness to the needs and priorities of AIPP members and partners in addressing the increasing marginalization, human rights violation and criminalization of indigenous peoples in their respective countries.

Over thousands of indigneous leaders and activists from 11 countries in Asia participated in AIPP’s various capacity building activities in the last two years, and this contributed to establishment and strengthening of networks and solidarity among indingeous communities and organizations. The indigneous communities adversely affected by various project are now more confident to assert and advocate for their rights and concerns. The pool of trainers on various topics at the country and local levels also increased.

Indeed, the Indigenous Peoples of the countries represented are still in very delicate situations. Participants from India, Philippines, Nepal and Malaysia shared their situation during the workshop.

In India, 80-100 million indigenous peoples are at risks of being all the more disadvantaged with the governments’ insistence for foreign investments in indigenous territories. In Northeast India, the Karbis, Assamese, Naga peoples among others are experiencing internal clashes brought about the influx of migrants from other areas, massive militarization legitimized by the Armed Forces Special powers Act (AFSPA), and the government’s incessant non-recognition of indigenous peoples’ right to self-determination, among others.

In Nepal, while under an interim constitution created in 2006 indigenous peoples are struggling to ensure for the inclusion of their rights in the new constitution. In the Philippines, the existence of Indigenous Peoples Rights Act (IPRA), which was designed to protect indigenous peoples rights in the Philippines, did nothing there to prevent human rights violations, as the same instrument was used by many opportunist corporations and even indigenous individuals in pursuing their own economic interests to the detriment of the large indigenous communities.

Worst in Malaysia, the indigenous peoples were blamed for opposing “development projects” such as palm plantations and dams taking place in different their territories. It is worth noting that 16 dams are being proposed in Sabah and 13 in Sarawak for different purposes such as for water and for hydroelectric power, among others.

The participants also identified the areas of capacity, knowledge and skills needs of indigenous leaders and communities’ members. Those include capacity to engage and negotiate with government and other stakeholders, organizational management skills, understanding about the UN mechanism and UN documents that are related to indigenous peoples, research and documentation skills, and leadership skills among many others.

The participants also emphasized the need to focus on building the capacities of indigenous youths, women and elders.