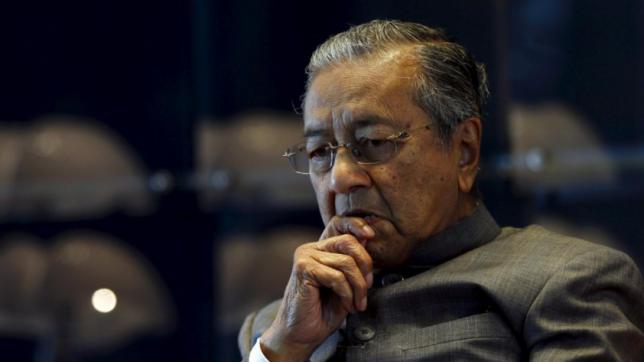 A convention to end racial discrimination is stoking anger in Malaysia. But fears that the ratification of the International Convention on the Elimination of All Forms of Racial Discrimination (ICERD) could have adverse consequences, may be ill-founded.

The ICERD is a United Nations Convention which commits its members to the elimination of racial discrimination and the promotion of understanding among all races.

The convention was adopted and opened for signature by the United Nations General Assembly on December 21, 1965 and entered into force on January 4, 1969.

As of January 2018, it has 88 signatories and 179 parties. Malaysia is one of the three countries in Southeast Asia which has yet to sign the convention. The other two Asean countries are Myanmar and Brunei. The convention can be significant for ensuring equality in a new Malaysia.

Malaysia is made up of multi-racial and multi-ethnic groups and ratifying the ICERD would help to promote national unity. However, the reality is different.

It is learned that the former Barisan Nasional (BN) government discussed the ratification of the ICERD twice, but the discussions ended without a conclusion. Many Malaysians are not aware of the existence of ICERD, let alone the intention of the former government to ratify the convention.

In May 2018, Malaysians voted for a new government led by Pakatan Harapan (PH). As promoting racial equality is one of the items listed in the manifesto, exploring the possibility of ratifying the ICERD naturally becomes one of the tasks for the new government, to fulfil its pledge. But the issue of ratifying the convention has turned contentious, with strong objections being raised by the opposition groups, UMNO and PAS.

The bone of contention is whether the privileges of Bumiputra and status of Islam under Article 153 of the federal Constitution would be in jeopardy. The opponents zoomed in on the Malays’ “special position”, as enshrined in Article 153 of the federal Constitution, that allows for affirmative action and quotas for positions in public service, permits for businesses and scholarships, among other privileges. If the government were to ratify the ICERD, it would end the Malays’ “special position”, opponents say.

Hence, leaders such as Mukhriz Mahathir and Syed Saddiq Syed Abdul Rahman of Pribumi and Mahfuz Omar, deputy president of Amanah hold the view that ICERD is not necessary for Malaysia. Other PH member parties—DAP and Parti Keadilan Rakyat—do not support ICERD either.

Voters are disappointed, as the PH had pledged to eradicate inequality and improve human rights in Malaysia in its election manifesto. Nevertheless, not all Malays oppose ICERD.

Despite strong opposition from right-wing and Malay conservatives, Mujahid Yusof Rawa, Minister in the Prime Minister’s Department in charge of Islamic affairs, has said that ICERD ratification would not harm the status of Malays and Islam. But his voice is feeble.

Prime Minister Mahathir Mohamad had said that prior to ratifying the ICERD, the government would take feedback from all races into consideration. But Dr Mahathir has come to a compromise at the end of the day.

After ratifying the ICERD, will Malaysia fall under total control of the convention? In simple terms, no.

Malaysia would not be subjected to the constraints of the ICERD, as all countries have their share of “reservations” when signing the convention.

To promote racial harmony, behaviour of hatred would be a criminal offence and remedy must be sought for individuals who are affected by racial discrimination.

Would the ICERD ratification affect Article 153 of federal Constitution? This is a reasonable worry.

Malaysians are entitled to give their views on ICERD and pay attention to the implementation of ICERD, as it does not only affect a country’s legal system but also its social structures. However, ratifying the ICERD will be an important milestone for a new Malaysia, one that should stress equality without any form of discrimination.

The government, regardless of its ruling party, should promote racial equality. This would be the greatest hope of all Malaysians.