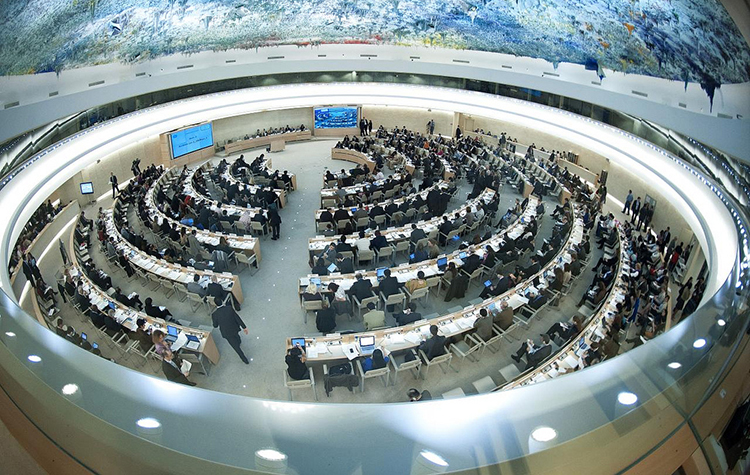 We note that Thailand has accepted 218 out of 278 recommendations it received during its 3rd cycle UPR. We regret that Thailand has rejected majority of the recommendations on civil and political rights, including those calling for the repeal of repressive laws that are being used to target defenders, raising questions about Thailand’s commitment to fully comply with its international human rights obligations.

Thailand has justified its rejection of these recommendations as a necessary measure to balance ‘the exercise of individual’s rights’ with the rights of others, ‘national security, public order and public health’. Thailand’s human rights record, however, suggests that this is yet another excuse to continue legitimising crack downs on fundamental freedoms, restrict the media and intimidate defenders and civil society, on the grounds of national security and public order using laws such as lese majeste, sedition and the Computer Crimes Act.

Pro-democracy protesters have faced restrictions, arrest and excessive force. Many activists, including children, continue to face intimidation and judicial harassment. From July 2020 to January 2022, at least 1,767 activists[1] were prosecuted for taking part in peaceful assemblies and dissent against public policies. Political activists and defenders have been held for extensive periods in pre-trial detention without access to lawyers and medical services as a form of reprisal to silence the pro-democracy movement.

While we recognize Thailand’s plans to accede to the International Convention for the Protection of All Persons from Enforced Disappearance, we regret its failure to support a recommendation to conduct prompt investigations into the disappearance of Wanchalearm Satsaksit and other political activists. Perpetrators must be held accountable.

Furthermore, the proposed amendment to the Anti-Money Laundering Act (AMLA), and the draft Non-profit law would threaten the ability of civil society to operate. They contradict Thailand’s obligations under international human rights law, as well as its stated commitment during the UPR to guarantee fundamental freedoms.

Thailand’s National Action Plan on Business and Human Rights remains a disservice to defenders, as a vague and a purely aspirational document with no mechanisms for public disclosure, monitoring, and public participation.

We echo recommendations for Thailand to ratify international rights treaties and ensure that its domestic legislation comply with international human rights standards. Thailand must lift all undue restrictions on civic space, and end all forms of attacks against human rights defenders, civil society and the pro-democracy movement.