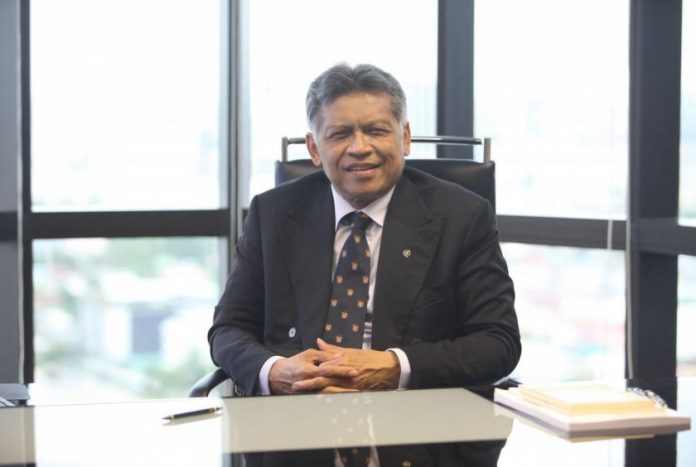 Former Secretary General of Asean, Dr Surin Pitsuwan, received the memorable prize of the fourth Asia Cosmopolitan Awards (ACA) this afternoon in recognition of his contribution and leadership in promoting Asean integration and raising the bloc’s profile internationally.

Fuadi Pitsuwan, on behalf of his father, received the award and thanked the Nara Prefecture and Economic Research Institute for Asean and East Asia. He expressed gratitude for the recognition of his father’s achievement. He pledged the continue to follow-up Surin’s work on democracy, human rights and conflict resolution.

Surin, who died in November 2017, served as the Asean chief from 2008-12. Under his leadership, he helped to implement the Asean charter after it came into effect. He also strengthened the ties between the Asean Secretariat and civil society organisations in the region.

At the same event, former Japanese prime minister Yasuo Fukuda was awarded the Grand Prize for his contributions in building a stronger Asean. “The world has been paying attention to the recent stable development of Asia. I am pleased to be a member of Asia, and at the same time, I think that it is a great mission for Japan to build a relationship to cooperate with the development of the Asian region in the future,” he said in his acceptance speech.

The Economic and Social Science Prize was awarded to Richard Baldwin, professor of international economics at the Graduate Institute of International and Development Studies in Geneva for his work on trade policy and economic integration, particularly his work on the “third unbundling”.