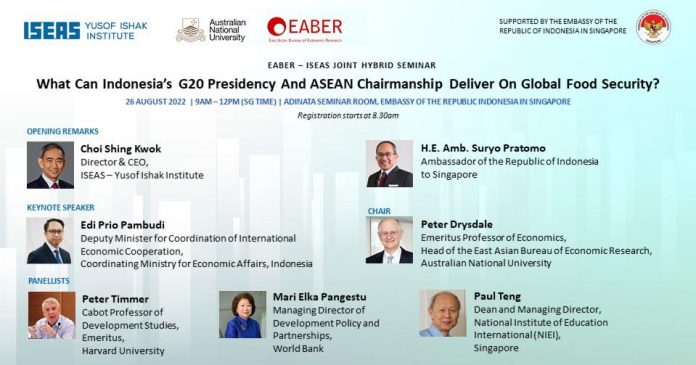 The ISEAS Yusof Ishak Institute will organize a hybrid webinar ‘What Can Indonesia’s G20 Presidency And ASEAN Chairmanship Deliver On Global Food Security?’ on 26 August 2022 from 8:00 am to 12:00 pm at the Adinata seminar room, Indonesian Embassy in Singapore.