Home CSO Events The Role of ASEAN in Dealing with the Myanmar Crisis: Are We Putting the Wrong Hope? 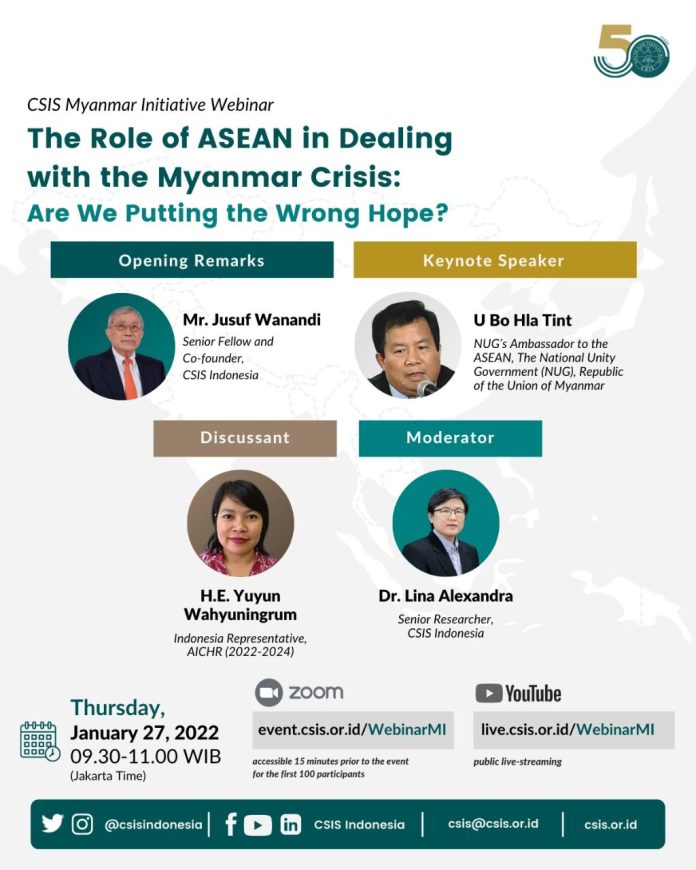 ASEAN initiatives may have been lauded as beyond expectation. But beyond mere political symbolism and commitments, they have not had a significant impact on the situation that has afflicted the Myanmar people. As the lack of progress on ASEAN’s effort continues, more news of military crackdowns on ethnic minorities has been reported in numerous regions in Myanmar. This calls into question whether ASEAN can take the role of a peacemaker in dealing with the Myanmar crisis.

As part of its Myanmar Initiative, the Centre for Strategic and International Studies (CSIS) Indonesia is delighted to host the webinar with U Bo Hla Tint, Ambassador to the ASEAN of the National Unity Government (NUG), Republic of the Union of Myanmar, on 27 January 2022, from 9:30 am to 11:00 am (GMT+7/Jakarta Time).