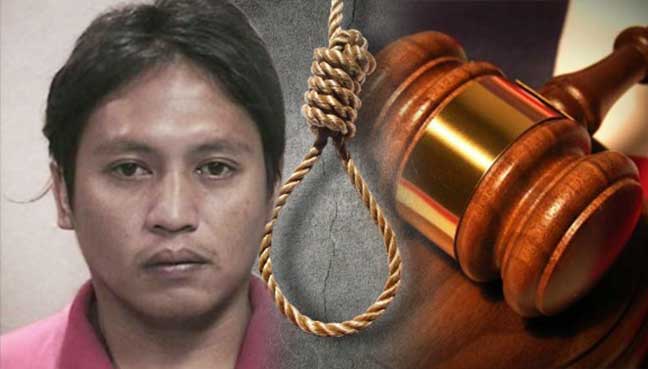 We, the undersigned, are troubled by the imminent execution of Kho Jabing in Singapore, despite strong concerns over the development of his case. We believe there are strong grounds for President Tony Tan of the Republic of Singapore to grant clemency in this case.

We, the undersigned, are troubled by the imminent execution of Kho Jabing in Singapore, despite strong concerns over the development of his case. We believe there are strong grounds for President Tony Tan of the Republic of Singapore to grant clemency in this case.

The family of Sarawakian Kho Jabing, 31, received a letter from the Singapore Prison Service on 12 May 2016 informing them that his execution had been scheduled for 20 May 2016. Kho Jabing was convicted of murder in 2011.

The announcement came as a shock to the family and all involved in campaigning for Kho Jabing. We had been under the impression that the authorities would allow his lawyer to submit a fresh clemency appeal on his behalf after the criminal motion filed in late 2015 was dismissed in April this year. His lawyer had sent President Tony Tan a holding letter informing them of his intention to file a new clemency petition, and had been in the process of drafting it when the execution was scheduled.

On 13 May 2016, Kho Jabing’s lawyer received a letter from the President saying that he would be willing to consider a clemency petition if it is filed, but will not be postponing the scheduled execution. Considering that past practice shows that the President usually takes three months before any decision regarding clemency is announced, we are concerned that this current state of affairs will leave the Cabinet and the President with insufficient time to properly consider a fresh plea from Kho Jabing.

The course of Kho Jabing’s case has been tumultuous and traumatic. Due to amendments made to Singapore’s mandatory death penalty regime and appeals lodged by the prosecution, Jabing had, over the years, been sentenced to death, then life imprisonment (with caning), then death again. This back-and-forth has taken a horrific toll not just on Kho Jabing as the inmate, but his family.

Furthermore, one High Court judge and two Judges of Appeal had not believed that the death penalty was an appropriate punishment for Kho Jabing, as they felt that there was insufficient evidence to demonstrate that he had exhibited a “blatant disregard for human life”. (See Annex A, attached at the end of this statement, for relevant excerpts of the judges’ ruling.)

The death penalty does not simply exact an irreversible punishment, but also imposes emotional and psychological tolls on both the inmate and the family and we oppose it unconditionally. Having been re-sentenced twice, from death to life and back again, Kho Jabing and his family have already been put through a deeply painful process. The knowledge that three respected and honourable judges hold the belief that the current punishment does not fit the crime simply makes the situation doubly hard to bear.

Kho Jabing’s case presents very strong and persuasive grounds for clemency, and that his death sentence should be immediately be set aside and commuted to life imprisonment as allowed by Singapore’s Constitution.

We therefore urge the Cabinet of Singapore to advise President Tony Tan to grant clemency to Kho Jabing without delay and re-establish a moratorium on executions as a first step towards the abolition of the death penalty.

UPDATE 16th May 2016
It has come to our attention that the President, while acknowledging Kho Jabing’s intention to file a fresh clemency petition, has taken the position that his decision to reject the previous clemency petition in October 2015 still stands. It is unclear if he will consider the new clemency petition once it is filed.

The death penalty is an irreversible punishment. A life once taken, cannot be returned. The fact that one High Court judge and two Judges of Appeal have expressed the opinion that the death penalty is not an appropriate punishment for Kho Jabing shows that there continues to be doubt a death sentence is justified in this case. It is on these grounds that we urge the President to grant clemency to Kho Jabing, and commute his death sentence to life imprisonment.

It is of utmost importance that this case not be rushed, and that the forthcoming clemency plea be given due deliberation. We call on the President of the Republic of Singapore to stay the execution scheduled for 20 May 2016 so as to allow a reasonable time for the consideration of Kho Jabing’s fresh clemency petition.

ANNEX A
Comments from judges on Kho Jabing’s case

Justice Tay Yong Kwang, High Court, 2013:
“​After considering all the factors put forward by the parties, I am of the view that the death penalty is not the appropriate sentence for the convicted person for the following reasons:

“…there is insufficient evidence to conclude beyond reasonable doubt that Jabing had caused most of the fractures (either by multiple strikes or by two strikes with huge force).

…the evidence could only prove beyond reasonable doubt that Jabing had struck the deceased on the head twice. There is also doubt as to whether those two blows were the cause of most of the extensive injuries found in the skull, as opposed to causing it to fracture and resulting in death.”

“Based on the evidence that I have shown to be proven beyond reasonable doubt, I am of the view that the threshold is not crossed. Jabing, along with Galing, had intended to rob the deceased and his companion, Wu Jun. Jabing had approached the deceased from behind and struck him with two wicked blows to the head with the intention, at the very minimum, to incapacitate him. But he had stopped after that. It was not a case in which he had repeatedly hit the deceased after he was down, which would justify the conclusion that he had acted with viciousness and blatant disregard for human life. I must therefore, with the greatest of respect, disagree with the decision of the majority of this court to allow the appeal of the Public Prosecutor.”

“In the circumstances, and even though Jabing’s blows would have been of considerable force, it is in my view unsafe to conclude beyond a reasonable doubt that he acted in a way which exhibited a blatant disregard for human life. I would therefore dismiss the Prosecution’s appeal for capital punishment for Jabing.”