Home Statements To the President's slogan "Towards a ​S​traight ​P​at​h"​ How can we expect Human Rights to be guaranteed if even the CHRP can not... 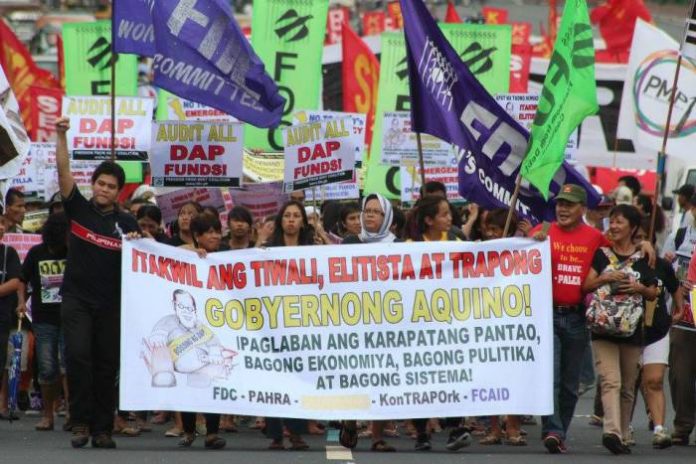 After four years as Chief Executive and Commander-in-Chief of the Armed Forces of the Philippines (AFP), President Benigno S. Aquino III has no National Human Rights Action Plan (NHRAP). And it has been said that he sees no need for one.

After four years as Chief Executive and Commander-in-Chief of the Armed Forces of the Philippines (AFP), President Benigno S. Aquino III has no National Human Rights Action Plan (NHRAP). And it has been said that he sees no need for one. He has justified such a stance that each department and agency under the Executive would make its own Human Rights Plan.

As part of the Office of the President (OP), the Presidential Human Rights Committee (PHRC) predictably echoed this sentiments and position

The Chairperson of the Commission on Human Rights of the Philippines (CHRP), when pressed by civil society during a public forum, to remind the President of the State Obligation to put together a NHRAP, she firmly said, “I will not pursue it. You do it yourself, if you like.” Risking its independence, the CHRP too has been made to take the stance and attitude of the President.

If the CHRP is becoming politicalized, what can the people expect from CHRP, the main human rights institution tasked to monitor State compliance of its obligations, when, among others,:

The CHRP was a fruit of people’s struggles against dictatorship and massive violations of human rights. In no way or at any time, should the CHRP be a buffer and apologist for the impunity perpetrated by State actors. The country needs committed human rights defenders as Commissioners and a strong, united Commission on Human Rights based on a new Charter for CHRP.

We call on the people, all human rights defenders:

Rely primarily and mainly on the strength and capabilities of the people.
Let all human rights defenders empower themselves and each other to defend dignity and human rights.