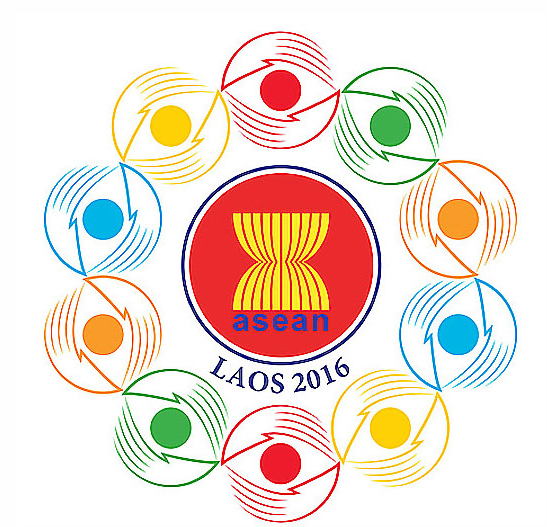 At the press conference organized today by The Sombath Initiative at the Foreign Correspondents Club of Thailand in Bangkok, the groups released a set of briefing papers on forcibly disappeared civil society leader Sombath Somphone, Laos’ restrictions on democracy and human rights, lack of freedom of expression, failure to meet human rights obligations, and impacts of foreign aid and investment.

BANGKOK, 31 August 2016 — On the eve of the annual ASEAN leaders summit in Vientiane, human rights and advocacy groups called upon the Lao PDR Government to commit to address its widespread violations of human rights, including instances of enforced disappearances and arbitrary detention. Visiting world leaders have a unique opportunity to publicly raise human rights concerns during the ASEAN summit in Vientiane from September 6-8. They should press the Lao government to cease the abuses that have consistently placed Laos at the bottom of rights and development indexes measuring rights, press freedom, democracy, religious freedom, and economic transparency.

At the press conference organized today by The Sombath Initiative at the Foreign Correspondents Club of Thailand in Bangkok, the groups released a set of briefing papers on forcibly disappeared civil society leader Sombath Somphone, Laos’ restrictions on democracy and human rights, lack of freedom of expression, failure to meet human rights obligations, and impacts of foreign aid and investment.

“More than three and half years after he disappeared, the Lao government still has provided no clear answers to what happened to my husband, Sombath Somphone, who was taken away in truck at a police checkpoint in Vientiane,” said Shui Meng Ng, wife of Sombath and board member of The Sombath Initiative. “President Obama, the United Nations, and ASEAN and its dialogue partners should urge the Lao Government to urgently resolve the case of Sombath’s enforced disappearance and return him safely to me and my family. They should also demand the Lao Government end enforced disappearances, so that the ordinary people of the country can respect their government rather than fear it.”

Sombath Somphone, a national and regional leader in rural development, was forcibly disappeared on December 15, 2012, and since then, the Lao government has neither conducted a comprehensive nor effective investigation into his abduction. Laos has also failed to provide information as to his whereabouts or fate in violation of its international human rights obligations under the treaties to which it is a State Party, including the International Covenant on Civil and Political Rights and the Convention Against Torture. Sombath was forcibly disappeared not long after he served as co-chair of the Lao National Organizing Committee, helping the Lao PDR government and civil society groups in organizing the Asia-Europe People’s Forum in Vientiane in October 2012. Sensitive issues related to land, and human rights violations, were raised in the Forum, which are believed to have prompted dissatisfaction within parts of the government.

Basic civil and political rights are systematically denied in Laos, and government authorities move quickly to arbitrarily arrest those expressing critical views of the government, either in day to day life or more recently online. In March 2016, police arrested three Lao migrant workers who had posted critical comments about the Lao government while they were working in Thailand, and continues to detain them arbitrarily. A Lao court also sentenced activist Bounthanh Khammavong in September 2015 to 4 years and 9 months in prison for posting critical comments on Facebook.

Laos also imposes onerous restrictions on the right to freedom of association that are incompatible with its human rights obligations. The government strictly controls the registrations of organizations such as non-profit associations (NPAs), and closely monitors the work plans and budgets of NPAs that it does approve to operate. Any person who dares to organize and operate an unsanctioned organization faces arrest and prosecution. Workers are compelled to belong to the Lao Federation of Trade Unions and organizing unions outside that framework is illegal. At the village level, mass organizations controlled by the ruling Lao People’s Revolutionary Party are often the only organizations operating. Public protests or assemblies are strictly forbidden without government permission, and any efforts organize such events face immediate suppression by the police and security forces.

“Civil society in Laos remains under a hostile spotlight from the government, and UN rights officials have noted that there are few places in the world where they have encountered greater fear and intimidation among community organizations and NGOs,” said Walden Bello, former member of the Philippines Congress and Vice Chair of ASEAN Parliamentarians for Human Rights (APHR). “Laos has now become one of the most rights repressing countries in ASEAN: leaders in the region and from around the world must stop looking the other way, and demand Vientiane end its asphyxiation of independent civil society.”

Laos is attempting to gain eligibility to graduate from Least Development Country (LDC) status by 2020, and has thrown open its doors to foreign investors to achieve rapid economic growth. However, the government’s aggressive foreign investment strategy portends huge and grave social, environmental, and economic costs to the country, and especially to those displaced by economic land concessions, dams, and other mega-projects. The strategy risks adverse human rights consequences, including to economic, social and cultural rights.

“Despite the huge amounts of foreign aid and investment capital that have poured into Laos over the past two decades, the country has little to show in the way of public services, especially education, health, water, sanitation and an effective justice system,” said Shalmali Guttal, Executive Director at Focus on the Global South. “Investment projects in Laos are destroying the environment, which is the basis of rural peoples’ livelihoods and their primary source of food. Food insecurity, corruption, inequality and distress migration are increasing, and life is becoming very hard for ordinary people.”

“Major donors such as Japan, the Asian Development Bank, and World Bank continue to provide a large number of loans and grants to Laos, apparently without due regard to their effectiveness or the negative environmental, social, and human rights impacts these projects have on ordinary Lao people,” said Toshi Doi, Senior Advisor at Mekong Watch.

For the first time since it was first organized in 2005, the ASEAN Peoples’ Forum/ASEAN Civil Society Conference (APF/ACSC) was forced to abandon efforts to hold a parallel meeting in the ASEAN meeting host country. The APF/ACSC is not being held in Vientiane because the Lao government failed to provide guarantees that Lao civil society participants would not face retaliation. The APF/ACSC organizers also refused the Lao government’s prohibitions on issues to be discussed at the APF/ACSC, including topics such as enforced disappearances, indigenous people’s rights, the rights of LGBTI persons, mega-projects like hydropower projects on the Mekong River and other rivers, and other potentially sensitive issues.

“If Laos’ authoritarian leaders have their way, the voices of civil society and concern for human rights won’t be heard at this ASEAN meeting — so it really falls to world leaders like President Obama to take up the slack by raising rights issues both privately and publicly in Laos,” said Phil Robertson, Deputy Asia Director of Human Rights Watch. “They should state very clearly that their future partnerships with Laos depend on serious rights improvements, starting with solving the enforced disappearance of Sombath Somphone. The government should also ensure that all foreign investment is carried out in accordance with the government’s obligations under international human rights law.”