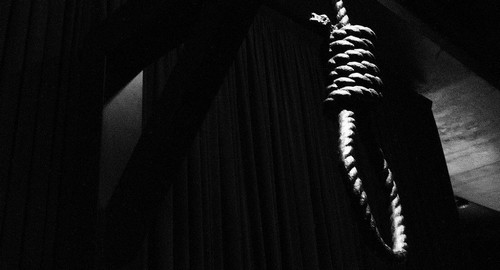 hink Centre is greatly disturbed by the imminent execution of Muhammad Ridzuan Bin Md Ali scheduled for this Friday morning, 19 May 2017. We regret that the Cabinet of Singapore has once again failed to advise the sitting President to grant clemency.

Singapore – Think Centre is greatly disturbed by the imminent execution of Muhammad Ridzuan Bin Md Ali scheduled for this Friday morning, 19 May 2017. We regret that the Cabinet of Singapore has once again failed to advise the sitting President to grant clemency. The last known clemency was granted 19 years ago in 1998 by the first elected President of Singapore, the late honourable Mr. Ong Teng Cheong.

The case of Muhd Ridzuan shows that the death penalty regime is still as irrefutably flawed as it was, before the amendment in 2012. The Attorney General’s Chambers (AGC) has the sole prerogative over a drug courier’s life or death. They alone decide if the accused has provided “substantive assistance” to issue the Certificate of Cooperation (COC). Our judges’ hands are tied when no Certificate of Cooperation (COC) is issued by the prosecutors.

It is also most troubling and unfortunate to see that in this case as with past recent executions, most of those sentenced to death are couriers and not highly placed masterminds, unfairly so. The State has failed to put forward any decisive case on whether these executions have successfully disrupted any major syndicate. This is in glaring opposition to recent news of a former grassroots leader who profited for 2 years as one of the 5 leaders of a syndicate distributing different drugs in Singapore.

Think Centre reiterates that death penalty imposed for drug trafficking crimes does not meet the international standard of the “most serious crimes”. We call for the State to re-enact a moratorium on the death penalty and consider more humane, compassionate and effective policies against such crimes. We also urge the State to invest in evidence based treatment and rehabilitation of offenders to allow them to reintegrate with their family and communities.

ThinkCentre.org is the internet portal of Think Centre, an independent non-governmental organisation (NGO) in Singapore. First registered as a business (RCB) on 16 Jul 1999 and today as a society (under ROS) on 20 Oct 2001, the Centre aims to critically examine issues related to political development, democracy, rule of law, human rights and civil society. Think Centre’s activities include research, publishing, organising events and networking.

Think Centre is a member of Forum Asia since 2001.